Initial Coin Offering – what does it mean for startup funding? 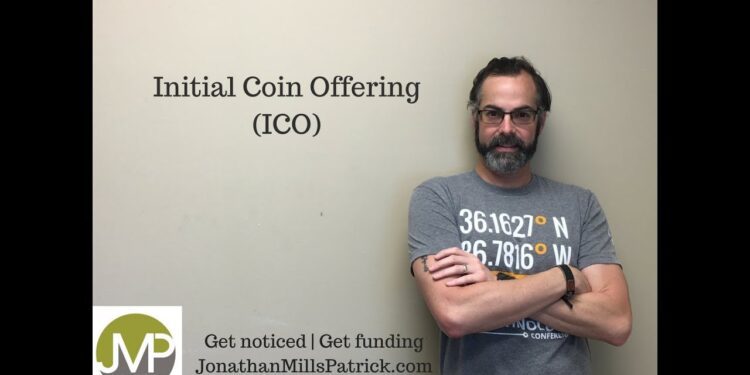 I hesitated to talk about this source of capital because it is early in its use and most likely the federal government is going to regulate it going forward. However, I wanted you to be aware of as many possible sources of capital available. So, I decided to cover what an initial coin offering (ICO) is.

Most likely you are familiar with the term blockchain. Many people think of Bitcoin when they think of blockchain. However, it is important to note that those two terms are not synonymous with each other.

Blockchain refers to a distributed ledger where transactions are recorded and are viewable by anyone with access to the blockchain. Those transactions can include the exchange of crypto-currency, smart contracts, and more.

Bitcoin is a type of cryptocurrency. In fact, it is one of the most well-known crypto-currencies and is already accepted as payment for goods or services across the globe. For more on Bitcoin and other crypto-currencies work, head on over to Google and search away.

An initial coin offering, or ICO, involves the practice of crowdfunding via the sale of a cryptocurrency. An ICO can be used as sources of capital when a startup creates its own type of crypto-currency and then sells that currency to people as an investment. For example, if you had created Bitcoin and then sold them to investors the capital you raised would have funded your idea.

This type of funding has become extremely popular. According to Wikipedia, as of May 2017, there are about 20 ICOs occurring per month. Their popularity is due to the use of blockchain to complete the transactions. Because of its functionality transactions can be done through the blockchain at a fraction of the normal cost since there is no intermediary, such as a bank, involved.

Connect with me at:

Or join my online community at JonathanMillsPatrick.com

Price Slump For Bitcoin Looming As VIX Rises Back Above 20

Bitcoin Fundamental Expert Breaks Down Why The Bottom Is In