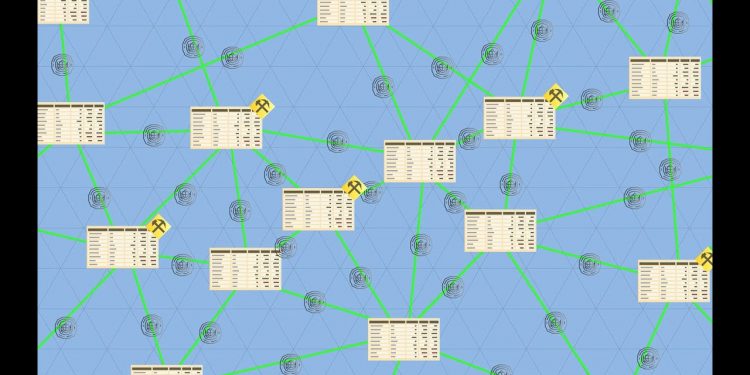 Donations are welcome at: 1AtFaRrPFiwm2xUYN2C41edGgKPR5AXYDh

In the coming years, Blockchain, the technology behind crypto currencies such as Bitcoin, will inevitably and radically change the role of traditional trusted parties such as banks, accountants, notaries, and governments. The animated video about Blockchain and Bitcoin that was released today on http://bitcoinproperly.org is the first to specifically address the technology behind Bitcoin: the Blockchain. Within five minutes, it is explained how the essential functions of the “trusted third party” can be automatized through the Blockchain as well as what the implications of this are.

From Bitcoin hype to Blockchain revolution: an internet of trust.
With the arrival of crypto currencies such as Bitcoin, everyone around the world can trade with each other without any involvement from traditional third parties such as banks, notaries, accountants, and governments. Trade is a fundamental pillar of our economy and society, and traditional trusted parties play a crucial role in this.

The technology behind Bitcoin making all this possible – the Blockchain – ensures that the essential functions of the “trusted third party’, are fully automatized through the internet. This way, these functions are as freely available, accessible, and programmable as the internet itself.

The animated video, available in both Dutch and English, explains how this works, also mentioning practical applications. The implications are clear: in the coming years, the role of the traditional trusted parties will inevitably and drastically change, strongly impacting our daily lives.

The creators of this animated video invite its viewers to think about and discuss the fundamental and radical innovations made possible by crypto currencies.

Rutger van Zuidam founder of Dutchchain, organizer of the Dutch Blockchain Hackathon: “The Netherlands have all the assets to become Europe’s Silicon Valley of financial technology. It is possible for the Netherlands to position itself favourably in comparison to the US and UK, who are currently still ahead. The technology behind crypto currencies like Bitcoin plays an essential role in leveraging these opportunities. We hope that the animated video about the technology behind crypto currencies will positively affect this development.”

Lykle de Vries: ”Bitcoin is not the new money for internet,but it is the new internet for money, value and ownership in all forms. Crypto currencies like Bitcoin are the next step in the emancipation of all world citizens, and can help create a new dynamic for democracy, society and economy.”