Intro To Blockchain Technology – in 3 mins 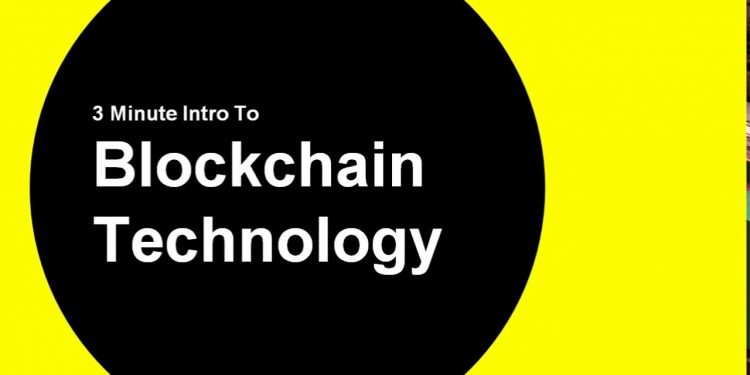 Hello! Welcome to this 3 minute introduction to Blockchain technology. In this video, we will look at what a Blockchain is, what it can do, and some of its applications.

So, what is Blockchain?

What does that mean?

Blockchain is a database that stores transactions. In this regard, it is no different than any other traditional database. It stores records with timestamps – in other words, it is a digital ledger.

Blockchain is de-centralized. Unlike traditional databases, it is not owned by one entity. Any person can contribute time on their computer, or “node”, to host a subset of the Blockchain.

Blockchain is trustless. Most financial transactions between two entities, require a trusted third entity to maintain a ledger, such as a bank or a credit-card provider. Since everyone on the Blockchain has a copy of this ledger, the services of a trusted third party are no longer required.

So, why is Blockchain disruptive?

Here’s a quote from a Goldman Sachs analyst:

“With Blockchain, there’s potential for the disruption of middlemen, as well as reduction in the billions of dollars in administrative costs that exist today.”. Since Blockchain eliminates the need for a trusted third party to maintain transaction ledgers, it takes aim at the foundations of capitalism’s institutions, such as governments and banks. Let’s look at some of its potentially disruptive applications.

Crypto Currencies. By adding a mechanism for regulating the creation of transactions, a Blockchain can support digital currency, that can be exchanged and traded globally, without the control of a state backed central bank. Bitcoin is the most prominent crypto currency at present, with an estimated market cap of 14 billion US dollars.

Asset ownership. Blockchain can be used to track titles for assets, such as artwork and real estate, in particular. Interest in using bitcoin for real estate titles has been expressed in Honduras and Greece, since having clear property rights can spur investment and job creation.

Smart contracts. Many recent Blockchains such as Ethereum, also host computer programs that automatically respond to events based on rules. This makes it possible to create an infinite variety of smart contracts, some of which can automatically settle bids in auctions, transfer dormant funds, or run a de-centralized lottery.

That’s it for this video. Hope you enjoyed it. Thank you!.