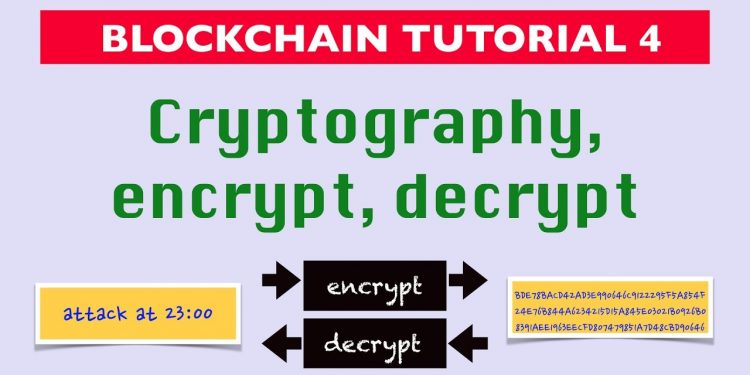 This is part 4 of the Blockchain tutorial explaining what cryptograhy is and also what encrypt and decrypt means.