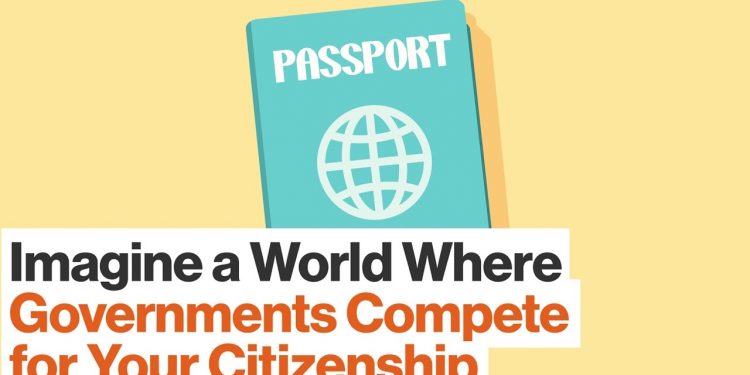 As a partner in BitNation and the founder of CoinTelegraph, entrepreneur Toni Lane Casserly is starting to think about a world with more fluid borders. Whether it’s through what she terms a “civilized refugee crisis” as a result of climate change, a refugee crisis as a result of continued war and conflict, or the progression of humanity’s mindset (which admittedly will take much longer, if it happens at all), a technology is being cultivated to support such a world: Blockchain.

Toni Lane Casserly is an American tech entrepreneur, artist and thought leader. She is a Young Star of Bitcoin and the co-founder of CoinTelegraph, the largest media network in the bitcoin and blockchain industries. She is a partner at BitNation.

As a philanthropist, Casserly co-founded Kids Compassion Charity when she funded a village to survive Ebola using bitcoin. As part of this endeavor, she put 14 children through school and has provided 14 orphans with a home.

Casserly currently works toward establishing digital currency economies, mesh internets and peaceful seasteads to help free citizens from the hands of war-torn, oppressive and corrupt leadership while preserving the planet. She serves as an advisor and/or board member to 6+ companies and funds as she simultaneously works in the field of human rights to establish digital currency economies, mesh networks and alternative governance structures in countries ruled by oppressive leaders and corrupt jurisdiction. She has been affectionately entitled “The Joan of Arc of Bitcoin” by her peers and various publications.

In the art sphere, Casserly is a recording artist and the founder of the “immateralism” (post art) movement, where she uses consciousness and lucid dreaming as a medium.

Toni Lane Casserly: We live in a distributed Pangaea. I mean we’re all one continent once and what is a border? A border is like someone walking into your house with a can of gas and a gun and setting the can of gas down and looking at you and saying this is my house. And you’re like what? Me and my indigenous family have lived here for centuries, like this is our house and colonialism says no, this is my house and if you don’t want to go and like warship our deities and all these things then like you have options. And one is the gun, which could be for you, or the other is kick over the can of gas. I can just burn this down and you would have nothing left and then it would be much easier for it to be mine. And I have no capital issues rebuilding it after I destroy it. That’s how we created borders. What?

What kind of a world do we live in where that’s acceptable? And that still acceptable all over the world today, it’s just a generally not as public. But it’s nuts. And do I think that we will live in a fully borderless world? That’s going to take a lot of change or a lot of time and we’ll see what happens with the effects of climate change, which could fundamentally have some massive impacts as far as creating what I would call a civilized refugee crisis. But the way that we’re starting to think about living in a borderless world is actually through one of my technologies. And it is founded by Suzanne Tempelhof and I’m a partner in the company it’s called Bitnation. And Bitnation is essentially the idea of Facebook for governance or DIY government. And we start out creating a borderless society by actually working on a human rights platform for people who have been disenfranchised. So we use blockchain technology to give refugees a global identity, a one-world citizenship.

And we also do all of the E-identity for the government of Estonia. So we work within systems of government who are interested in using these technologies but in a way that fundamentally empowers every person on earth to exist to have the right to live, to exist and to be and to be recognized. So that’s how we’re starting this world that has the potential to at least for the time being have more fluid borders. And in the future I personally believe that the idea of government should be market based. People should be able to opt in and to opt out of systems of governance in the ways that they are able to provide for their people. So governments are actually what a concept, competing to be better, to take care of their people more than any other government. That is so deeply humanizing and I think it’s …

For the full transcript, check out https://bigthink.com/videos/toni-lane-casserly-on-bitcoin-blockchains-and-autonomy