Calvaria Will List on LBank – Presale Raises $2.54m But Ends January 2023 So Don’t Miss Out 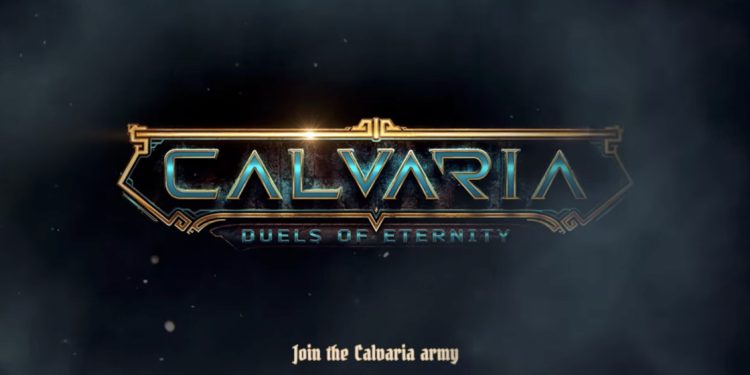 Calvaria Will List on LBank – Presale Raises $2.54m But Ends January 2023 So Don’t Miss Out

London, England, Tuesday 23rd December 2022 – Crypto battle card game Calvaria’s RIA token will list on centralized exchange (CEX) LBank shortly after its presale ends on January 31.Today’s news follows last week’s announcement of an exclusive initial exchange offering (IEO) of the RIA token on BKex CEX.Calvaria has raised more than $2.54 million and is currently in the fifth and final stage of its RIA token presale. Investors can buy the token for $0.0325.The presale will end when the target raise of $3,075,000 has been reached or by 31 January – whichever is sooner.Savvy investors see profit of 225%, with more high returns to comeEarly-bird investors who bought in the first stage of the presale at $0.0100 will see a nominal return of 225% when the fundraising ends. The CEX listing price is likely to be at a significant premium to the presale ending price.LBank is the 16th largest exchange by 24-hour trading volume according to leading crypto data site CoinMarketCap. BKex is currently ranked the 18th largest CEX.To date, 82% of the tokens allocated to the presale have been bought. There is no time to lose to invest in this crypto-powered card game that enables players to earn tokens while having fun and testing their skills against battle opponents.Such is the excitement around the project, a whale recently bought $97,500 worth of RIA tokens and 10x gains have been predicted when the token lists.Calvaria is your entry point to the lucrative world of Web 3.0-powered gaming Play-to-Earn crypto gaming is one of the most lucrative sectors of Web 3.0. Calvaria is bringing the format to fantasy battle cards but with some important value-added twists.The project integrates P2E mechanics into its battle card game Duels of Eternity, which is set to have its alpha launch in Q1 2023.In Calvaria Duels of Eternity, players compete in tournaments with cards representing different characters that have unique individual abilities. By deploying various strategies and tactics the skilled player can beat their opponents to earn rewards and upgrades.The beauty of Calvaria’s Web 3.0 implementation is that it allows players to take full ownership of all in-game assets.Calvaria’s development team is building into the design multiple game modes so that there is something for everyone, with all styles and goals catered for.  The $RIA token is the main currency of the game and provides the bedrock for the game economics. However, alongside the RIA currency, there will be special NFT collections that bestow extra powers upon their owners and other advantages when competing.Calvaria NFTs will be fully tradable on NFT marketplaces such as OpenSea and Rarible.All these player-centric added-value features illustrate the disruptive power of Web 3.0 over legacy counterparts in traditional video games.Calvaria is recession-proof and an income generator Duels of Eternity’s appeal to regular gamers will be further enhanced by the fact that it will be launching on mobile devices, making the game more accessible.Other aspects of Calvaria that will appeal to both investors and gamers include DAO governance, an in-game assets marketplace and a scholarship program to enable those with fewer resources to take part in gaming.Calvaria is a multichain project but has opted for internal transactions to be handled by the Polygon Layer 2 protocol. Calvaria is supported by Polygon Studios.Against the backdrop of the FTX disaster, crypto investors are laser-focused on projects that can demonstrate an ability to offer value and generate revenue through mechanics such as transaction fees.Gaming is a multi-billion dollar industry and is likely to be recession-proof because of the time and effort avid gamers commit to their pastime. Add to that the ability to earn rewards and Calvaria becomes an even more attractive proposition. It is no wonder investors are queuing up to buy RIA. Don’t miss out!Visit Calvaria Now