Bitcoin’s intense uptrend in recent weeks hasn’t phased its long-term investors, who appear to be holding out for higher prices before they offload their holdings.

Data shows that these investors are not yet selling their crypto and are even adding to their long-term stashes as the crypto’s mid-term outlook brightens.

Their long-term investment approach is highlighted by exchange inflows, which have remained incredibly low despite BTC currently sitting around the highest price level it has seen since the summer of 2019.

Assuming that this trend persists, it could mean that BTC’s ongoing uptrend has room to extend even further, as it may not face any immense influx of selling pressure for quite some time.

The bulk of these gains came about earlier this week when the push past $10,000 accelerated and turned into a full-fledged uptrend.

Although in months past, all of BTC’s uptrends have been driven primarily by trading on margin platforms, this latest push higher appears to have been driven by the cryptocurrency’s fundamental strength.

One indicator of this is the lack of exchange inflows that have taken place throughout this movement.

According to data from analytics platform Glassnode, exchange inflows remain around their multi-year lows despite the “V-shaped recovery” that the digital asset has seen since hitting its mid-March lows of $3,800.

As seen in the below chart, data also shows that inflows tend to spike right before BTC peaks as well as when it forms a long-term bottom – as seen in July of 2019 and in March of this year. 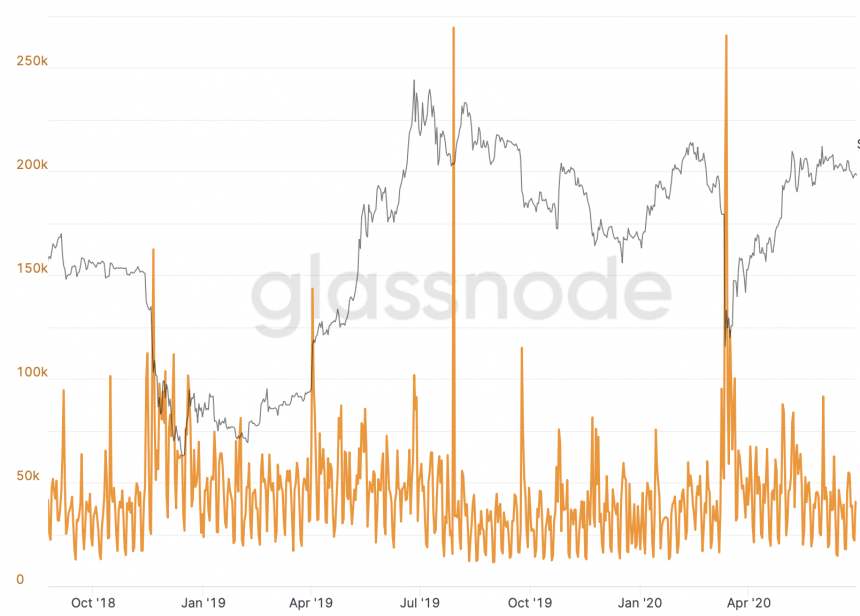 Because this metric isn’t trending up yet, it could mean Bitcoin has room to run.

Another data metric that points to the fundamental strength currently underpinning Bitcoin is the lack of selling pressure from long-term investors.

Glassnode also offered insight into this

A big issue that many crypto traders and investors run into is high transaction fees when withdrawing Bitcoin and other...

Mike Novogratz, the founder of Galaxy Digital, thinks Bitcoin and gold are likely to head higher towards the end of...

It was recently revealed that Coinbase would soon introduce collateral-based loans taken out against Bitcoin holdings in exchange for instant...

The United States has just revealed a seizure of over $2 million in Bitcoin said to be meant for financing...

Daily Chart Suggests Bitcoin At Risk of Extended Correction To $10,500

Bitcoin struggled to clear the $12,000 resistance zone and corrected lower against the US Dollar. BTC’s daily chart suggests the...