What is an Initial Coin Offering or ICO? 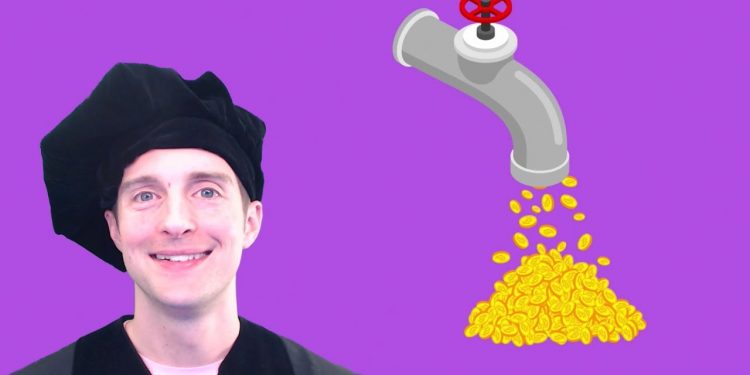 In the cryptocurrency world, an ICO or Initial Coin Offering is a crowdfunding event where a percentage of the newly issued digital currency is sold to investors in exchange for legal tender. This is also called a token sale or crowdsale. In this video tutorial, I feature an example with the EOS ICO showing how the tokens are released each day and what impact this has on the cryptocurrency market!

For context, here is the Wikipedia article about Initial Coin Offerings from wikipedia: https://en.wikipedia.org/wiki/Initial_coin_offering

An Initial coin offering (ICO) is an unregulated means of crowdfunding via use of cryptocurrency, which can be a source of capital for startup companies. In an ICO a percentage of the newly issued cryptocurrency is sold to investors in exchange for legal tender or other cryptocurrencies such as Bitcoin. The term may be analogous with ‘token sale’ or crowdsale, which refers to a method of selling participation in an economy, giving investors access to the features of a particular project starting at a later date. ICOs may sell a right of ownership or royalties to a project. According to Amy Wan, a partner at Trowbridge Sidoti LLP practicing crowdfunding and syndication law, “The coin in an ICO is a symbol of ownership interest in an enterprise—a digital stock certificate, if you will.” In contrast to initial public offerings (IPOs), where investors gain shares in the ownership of the company, for ICOs the investors buy coins of the company, which can appreciate in value if the business is successful.

The first token sale (also known as an ICO) was held by Mastercoin in July 2013. Ethereum raised money with a token sale in 2014, raising 3,700 BTC in its first 12 hours, equal to approximately $2.3 million dollars. An ICO was held by Karmacoin in April 2014 for its Karmashares project. ICOs and token sales are now extremely popular. As of May 2017 there were currently around 20 offerings a month, and a new web browser Brave’s ICO generated about $35 million in under 30 seconds. There are at least 18 websites that track ICOs.] By the end of August 2017, ICO coin sales worth $1.8 billion had been conducted during the year, more than ten times as much as in all of 2016. At least 400 ICOs have been conducted as of 2017.

Ethereum is (as of 2017) the leading blockchain platform for ICOs with more than 50% market share. The Ethereum network ICOs have resulted in considerable phishing, Ponzi schemes, and other scams, accounting for about 10% of ICOs.

In July 2017 the U.S. Securities and Exchange Commission (SEC) indicated that it could have the authority to apply federal securities law to ICOs.[19] The SEC did not state that all blockchain tokens (ICOs) would necessarily be considered securities, but that determination would be made on a case-by-case basis. The SEC action may encourage more mainstream investors to invest in ICOs, although ICOs typically prevent U.S. investor participation to remain out of the jurisdiction of the United States government.

On September 4, 2017 seven Chinese financial regulators officially banned all ICOs within the People’s Republic of China, demanding that the proceeds from all past ICOs be refunded to investors or face being “severely punished according to the law”. This action by Chinese regulators resulted in large sell-offs for most cryptocurrencies. Prior to the Chinese ban, ICOs had raised nearly $400 million from about 100,000 Chinese investors. A week later, however, a Chinese financial official stated on Chinese national television that the ban on ICOs is only temporary until ICO regulatory policies are in place.
Other jurisdictions, such as Canada and the Isle of Man, are working on regulating ICOs rather than prohibiting them.

My recommendation is to wait a year or two before buying into any new cryptocurrency because the initial release is often hyped and speculative with especially now investor gains likely to be small or losses in the foreseeable future on new ICOs in most cases while a few are likely to succeed.

Thank you for watching this video which I hope was helpful!