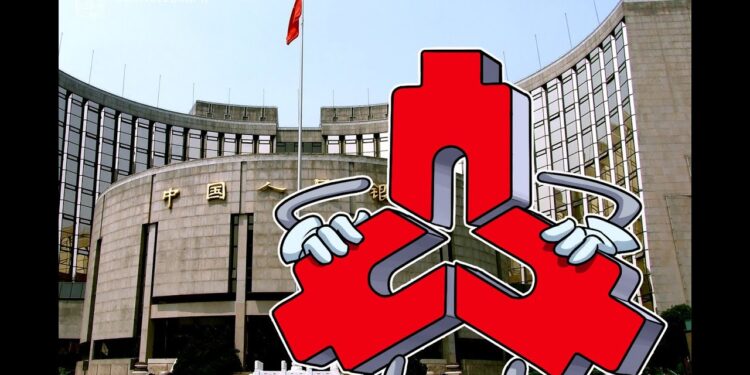 Days after the CEOs of the world’s top tech firms faced antitrust hearings in the United States Congress, sources are alleging that Beijing too could soon probe its own digital monopolies. A Reuters report published on July 31 cites anonymous sources who claim the People’s Bank of China has formally recommended that the State Council’s antitrust committee launch a probe into the activities of digital payments titans Alipay and WeChat Pay. The central bank has allegedly argued that both have used their ascendant position to stifle any possible competition in the field of digital payments. China’s mobile banking sector processed roughly 56.2 trillion yuan ($8 trillion) in transactions in the last three months of 2019, according to Analysys statistics cited by Reuters. Analysys estimates that AliPay, run by Alibaba affiliate Ant Group, and Tencent’s fintech business (largely WeChat Pay) occupy 55% and 39% of the country’s mobile banking market respectively. One of Reuters’ unnamed sources has said the PBoC formally recommended the State Council committee to investigate possible antitrust issues within the second quarter of 2020. The report notes that PBoC has already taken measures to erode the market dominance of both by announcing plans to standardize the interoperability of QR code payments in a bid to ease the entrance of smaller actors into the market. Should a formal antitrust investigation be launched, the news could be a blow for Ant Group’s highly-anticipated dual listing in Shanghai and Hong Kong, where it seeks an initial public offering at a valuation of a reported $200 billion. Following the central bank’s recommendation, the State Council antitrust has already been collecting information on both digital payments platforms for over a month, sources alleged. While the committee has not yet apparently come to a conclusion as to whether or not to proceed to a probe, it is said to have taken the PBoC’s appeal “very seriously.”Meanwhile, the same sources allege that both Ant Group and Tencent are ramping up their lobbying efforts to dissuade government officials from backing the action. Beyond the domestic success of its mobile payments services, China is one of the leaders in developing and testing a forthcoming central bank digital currency.