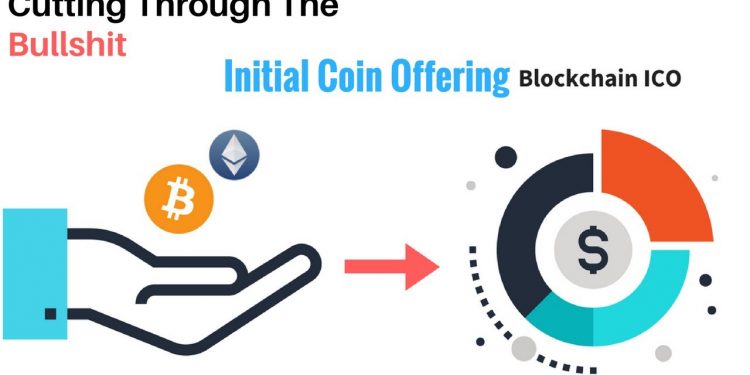 You’ll receive $10 in free bitcoin by signing up with this link http://bit.ly/2oesV41

As with anything, there are two sides to this coin as well, so let’s explore the Pros and Cons of ICOs.

Gives opportunities to promising projects: Think of what Ethereum has accomplished in the last year. From becoming the second most powerful cryptocurrency in the world to providing a platform for DAPP creators to create their projects. It is truly becoming the “platform where the future will be built”. All this got started because of an ICO.

Doesn’t require unnecessary paperwork: Many projects don’t get executed because they get caught up in the red tape. For raising funds through IPOs or crowdfunding the project developers need to go through a lot of paperwork and more often then not, they just don’t get the documentation required to collect funds for their project. On the other hand, all that you need to do take part in an ICO is create a “white paper”

Community building: It gives the project creators an opportunity to build a community around their projects. Having a healthy community gives a product immense credibility. Plus, the members of the community can have real say in the direction of the projects and keep the creators accountable.

Early access to potentially valuable tokens: Some tokens have the potential of becoming truly valuable cryptocurrencies.

Incentive for innovation: The roaring success of various ICOs over the last 12 months has given extra incentive to various developers to innovate and develop more exciting projects.

Attracts a lot of scammers: Because there is so little paperwork involved in ICOs it attracts many scammers who can simply create a bogus white paper and make off with a lot of money. Some developers also purposefully omit certain important details from their white paper to make their projects look more appealing than they actually are. The biggest consequence of all these scams is the decreased faith of the public in blockchain technology which can potentially spell absolute disaster.

Based on pure speculation: When you are investing in a project in an ICO you are investing in the idea of the project. You read the white paper and if you think that the team is credible and the project has promise then you invest. So, basically you have no idea whether the project will even be successful or not. Over 90% of the startups fail and blockchain projects are not immune to that as well. Plus, the developers may get lazy and not even bother to finish what they have started.

Whaling time: Let’s take the example of what happened in the, now infamous, BAT ICO. The ICO got over in just 24 seconds and they were able to raise 35 million USD! The shocking part was, not a lot of people were able to take part in the ICO at all as major chunks of the tokens were bought by certain individuals. In fact, a quarter of the BAT tokens are owned by one person!

These people are called whales. Basically people who have a lot of money and resources and they rig the ICO game in their favour. The way they do it is by paying extremely high mining fees which helps them “cut in line” and get first preference during ICOs. In the case of the BAT ICO, whales paid as much as $2220 in transaction fees to make sure that they take the first bite of the pie. Afterwards, they mostly sell these tokens at a premium to turn in a profit.

Network Congestion: The increased amount of activity during ICOs causes a huge strain in the blockchain and may result in a bottleneck. During the Status ICO, when they raised a $100 million, there was so much backlog in the network

Storing the tokens: There is a chance that you will not be able to store some of the tokens in any of your crypto-wallets. You can store any tokens made in Ethereum in your ether wallet but tokens made outside of Ethereum can be very complicated to store.
Government intervention: This is where it gets scary. Because of the increased number of scams and huge amount of unregulated money, various governments may simply decide to start regulating the ICOs. If this happens then this truly could be the death of cryptocurrency. The whole point of cryptocurrency is the idea of decentralization and being outside of government control.
Final Words

My name is Ameer Rosic, and I’m a serial entrepreneur, investor, Marketing Strategist and Blockchain Evangelist