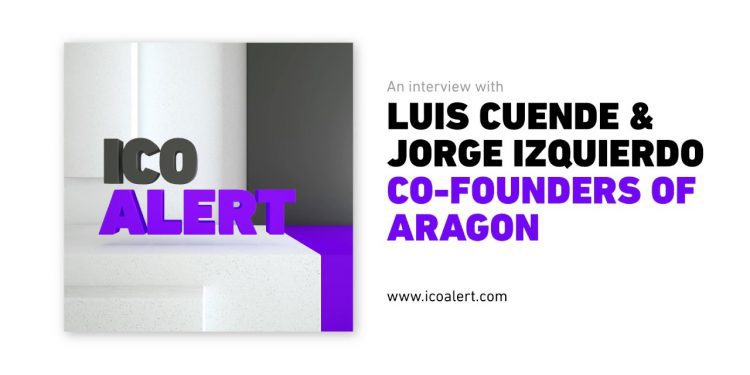 https://www.icoalert.com/
In this week’s episode, the co-founders of Aragon, Luis Cuende and Jorge Izquierdo, talk about the Aragon platform, how they think the community can solve the current ICO structure issues, and what might happen to Aragon if Ethereum became obsolete.

You may be asking:

What is Aragon?
What is a DAO?
Do decentralized autonomous organizations actually work?
How can we fix the current ICO issues?
How do I launch a company on Aragon?

Jorge and Luis answer all of that, and more, in Episode 003 of the ICO Alert Podcast.

The ICO Alert Podcast showcases exclusive, in-depth interviews with founders of past, present, and future Initial Coin Offerings. The podcast is hosted by Robert Finch, the Founder of ICO Alert, and new episodes are released weekly. If you’d like, you can request a guest to appear on a future episode by tweeting us @icoalert

The ICO Alert Podcast is available on iTunes and anywhere podcasts are found.