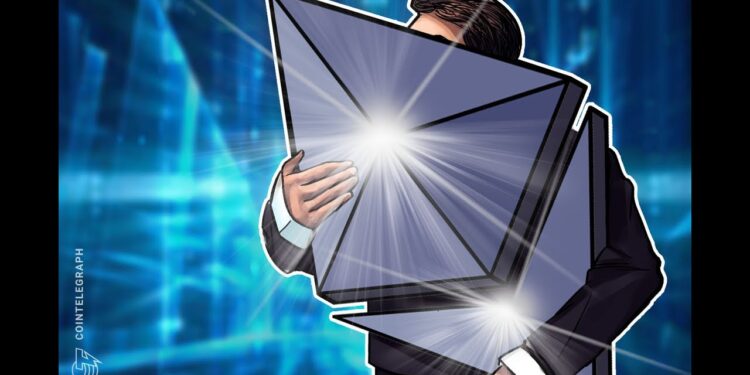 Ethereum, a household name in the crypto industry, fired up its network on July 30, 2015, but what happened to the first ETH coin ever mined all those years ago? Blockchain analytics and Anti-Money Laundering company Coinfirm found out.“Another great example of the many benefits of blockchains such as Ethereum compared to the traditional space, we can see and understand the literal creation of value and how it moves,” Coinfirm co-founder and CMO Grant Blaisdell told Cointelegraph, adding, “In a time where fiat printing by central banks and other major elements are absolutely unknown to the people and businesses effected by it.”*Image courtesy of Coinfirm. Ethereum’s inaugural mined block attributed to the following address: 0x05a56e2d52c817161883f50c441c3228cfe54d9f, Coinfirm data showed. The address received a 5 ETH payout. The noted address racked up 265.63 ETH in mining rewards over time, responsible for a total mining career of 53 blocks. A Kraken crypto exchange address received the first 5 ETH rewarded as payout for mining the inaugural block, Coinfirm data showed. One Wei of ETH, however, went to the address — 0xc130afe98f8c42e19bdacf8c6e63e48a44a26ca8. Wei hold as Ethereum’s version of Satoshis, denominating the smallest divisible fraction of a 1 ETH. In total, the address sent ETH to three different locations on four separate occasions. Ethereum has changed significantly since its first mined block, not only regarding its network, but also in its asset’s price. Long-term hodlers likely reaped the benefits of the project, seeing the asset take its place among the largest assets in the industry. Data from ICODrops shows ETH priced at $0.31 per coin during its initial coin offering, or ICO — a hefty profit potential if owners held the asset until its 2018 peak near $1,400 per coin. Ethereum’s network has also shown no shortage of changes over the years as it still wages toward a transition to proof-of-stake, or PoS,  as part of Ethereum 2.0 .