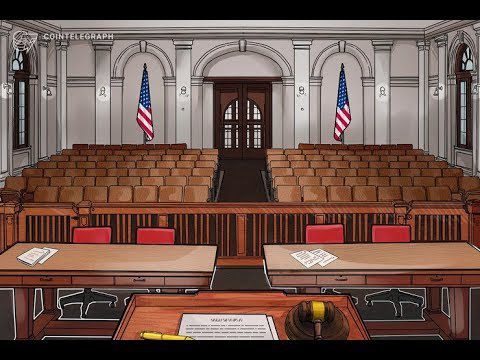 The upcoming trial of two men accused of running the fraudulent Centra Tech initial coin offering (ICO), which raised $60 million after soliciting celebrity endorsements in 2018, has been postponed until September 2020. On March 26, a U. S. district court published documents indicating that the trial of alleged Centra Tech operators, Sohrab Sharma and Robert Farkas, will be pushed from April 27 to Sep. 3 amid COVID-19 concerns. The documents were uploaded after a court teleconference on the same day. Noting concerns that other reschedulings may result in further delays to the trial, U. S. District Judge Lorna Schofield instructed all parties to reserve Nov. 12 as a possible back-up date. Negar Tekeei, the prosecutor from the Manhattan U. S. attorney’s office, asserted that pushing the trial back any later could risk having the trial take place during the holiday season — possibly resulting in further delays if vacations affect both jury selection and the availability of the defendants’ seven attorneys. Sharma and Robert Farkas were arrested alongside Centra Tech’s third co-founder, Raymond Trapani, by the Federal Bureau of Investigations (FBI) in May 2018. The FBI seized 91,000 Ether (ETH) from the group — valued at more than $60 million at the time. Centra Tech’s founders were charged with conspiring to commit and the commissioning of securities and wire fraud through the ICO. They were also charged with making material misrepresentations and omissions, as Centra Tech made false claims about partnerships with major companies, including Visa, to dupe investors. In November, the U. S. Securities and Exchange Commission also charged former pro boxer Floyd Mayweather and music producer DJ Khaled for unlawfully promoting the ICO and failing to disclose the payments of $100,000 and $50,000 that they received from Centra Tech respectively. The government is expected to present at least one dozen witnesses alongside text messages and custodial evidence in its bid to convict the pair.