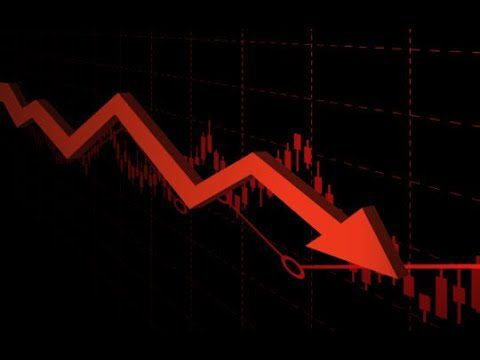 Ethereum kicked off 2020 with an explosive rally following the rapid growth and expansion of the decentralized finance sector, which nearly doubled the value of the asset in just a couple of month’s time. But a failure to set a higher high and a fall to new lows puts Ethereum back into a downtrend that one analyst says is going to lead to even deeper new lows and possible final capitulation before the altcoin rises once again. During the 2017 crypto hype bubble, it wasn’t just Bitcoin soaking up all of the limelight. Ethereum was also experiencing extreme growth in value on the heels of the initial coin offering boom. Investors were buying up Ether feverishly and exchanging it for access to early launch phase cryptocurrencies built as ERC-20 tokens launched on Ethereum’s protocol. Related Reading | $50 Is Final Target For Ethereum Correction According To Elliott Wave TheoryThe asset eventually reached an all-time high for over $1,400. Since then, however, the asset is down over 90% from its all-time high, and after a glimmer of hope at the start of the year that a higher low was being put in – a sign an uptrend is beginning – it only led to yet another lower high, and a new, lower low followed. Setting a continued sequence of lower highs and lower lows is the definition of a downtrend, and few assets fit this definition as well as Ethereum against the dollar. Until Ethereum breaks back above $150 and holds it as support, one crypto analyst sees very little reason to expect higher ETH prices in the days to come. While Ethereum is clearly locked in a downtrend against the dollar, it isn’t fairing so well against Bitcoin, either. The leading altcoin across the market has lost an important support line against the number one cryptocurrency, and until it can reclaim that level, the same crypto analyst as above says to expect new lows and possible “capitulation” in Ethereum investors on the ETH/BTC trading pair. Because Ethereum had so strongly performed against Bitcoin at the start of 2020, the crypto market was convinced a new alt season was starting – a period of time where altcoins like Ethereum outperform the first-ever cryptocurrency. Related Reading | Analyst: Ethereum Prepares for Massive 95% Move Against BTC, But Which Direction? And with altcoins so oversold, and Ethereum often leading altcoin rallies against Bitcoin, all the signs had been pointing to an incoming alt season. But the selloff that caused the crypto market to collapse earlier this month hit altcoins like Ethereum and others far harder than Bitcoin was hit, causing the asset’s trading pairs to heavily favor BTC. Until Ethereum can reclaim that line, Bitcoin is bound to outperform the second-largest cryptocurrency by market cap for the foreseeable future.