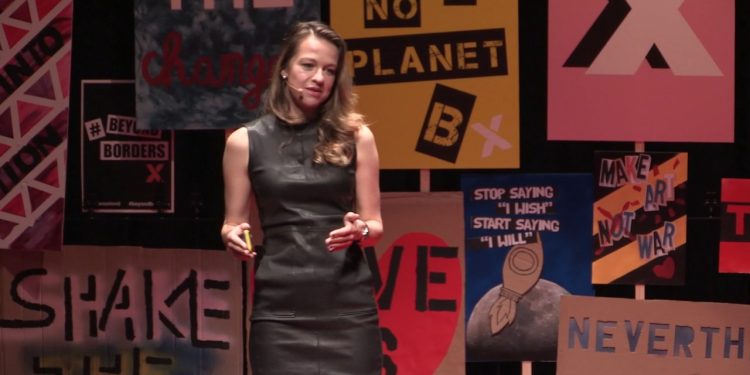 One of the most exciting aspects of blockchain technology, the disruptive innovation capturing global attention, is its potential as a tool for transparency. In the talk, you’ll learn what a blockchain is and how this technology, powered by open innovation, can bring increased transparency to supply chains, voting, registries of ownership and financial services.

Diana Biggs is a thought leader in blockchain technologies and has been actively involved in the ecosystem since 2013. Her work in blockchain includes venture building, strategic advisory, research and executive education, covering a variety of use cases including payments, healthcare and supply chain. She is the Industry Engagement Advisor for the University College London’s Centre for Blockchain Technologies and her work was recently published in Springer Publishing’s Banking Beyond Banks textbook (2016). A recognised fintech expert, Diana has been named one of the top 25 fintech influencers in the UK by CityAM (2015 and 2016) and on Innovate Finance’s Women in Fintech Powerlist 2016. She is a Women’s Patron for global microfinance network FINCA, a mentor at Gaza Sky Geeks and is a frequent speaker on the use of technologies, such as blockchain and digital currency for social good.

This talk was given at a TEDx event using the TED conference format but independently organized by a local community. Learn more at http://ted.com/tedx

Price Slump For Bitcoin Looming As VIX Rises Back Above 20

Bitcoin Fundamental Expert Breaks Down Why The Bottom Is In