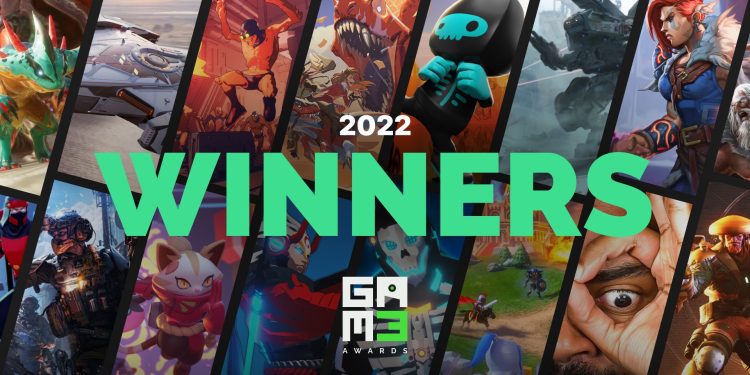 Disclaimer: The text below is a press release that is not part of Cryptotelegraph.com editorial content.SourceThe Polkastarter Gaming GAM3 Awards 2022 has crowned its winners on December 15 marking the conclusion of the inaugural edition of the awards. After narrowing down the final nominees to 32 unique games from a pool of over 200+ web3 games, the winners of the 2022 GAM3 Awards are finally here!The awards’ jury included the likes of Justin Kan, Founder of Fractal; Urvit Goel, Head of Global Games at Polygon Studios; Itai Elizur Managing Partner at Market Across; Rachel Levin, Director of Venture & Strategy at ImmutableX and Matt Sorg, Head of Technology at Solana Foundation, Edward Chang, Head of Gaming at Avalanche; and Yoshihisa Hashimoto, Co-Founder of Lv.99 and gaming industry veteran amongst several other gaming industry leaders & web3 gaming experts to help come to the final decision.October 23rd, 2022 marked the first GAM3 Awards announcement, and since then, 100s of web3 games pushed their communities to nominate & vote for them across different categories. Moreover, 1000s of social posts were spread across partners, games, media outlets, content creators, and community members with an estimated reach of over 11M+ across social media platforms. In addition, community voting played a role in deciding the final decisions with over 250,000 votes across all 16 categories to further cement the status of the GAM3 Awards as THE biggest web3 gaming event of the year.The GAM3 Awards Game of the Year drew the most attention, and deservedly so, as the category aims to celebrate the best web3 game that blurs the line between traditional and blockchain games in terms of quality. As for the Best Content Creator award, it saw 23 unique web3 gaming content creators receive nominations until the final day of voting to crown the top content creator in our industry. Furthermore, the People’s Choice Award gave the opportunity for each game to put their community to the test by rallying them to nominate their favorite games to come out on top as the web3 game that the people chose to win. The category saw fierce competition, featuring over 50 unique games put forward by over 30K voters. The Games’ Choice Award is where game recognizes game, but in a more literal sense of the phrase. The category was closed to the public and exclusive to game studios to nominate their peers’ games as an industry focused vote for their own version of Game of the Year.As for the remaining categories, they each saw fierce competition with 5 nominated games each from a total list of 32 finalists. The following list showcases the games that were crowned winners of each respective category in the inaugural edition of the GAM3 Awards:Game of the Year: Big TimeMost Anticipated Game: ShrapnelBest Graphics: Star AtlasBest Action Game: SuperiorBest Mobile Game: Thetan ArenaBest Adventure Game: Big TimeBest Casual Game: Blankos Block PartyBest RPG: IlluviumBest Shooter Game: MetalCoreBest Strategy Game: Gods UnchainedBest Card Game: Gods UnchainedBest Multiplayer Game: EV.IOBest Esports Game: EV.IOBest Content Creator: BrycentPeople’s Choice Award: League of KingdomsGames’ Choice Award: The HarvestEach of these games will share prizes valued at over 1,000,000 US Dollars thanks to contributions, services & grants partners including Immutable X, Blockchain Game Alliance, Machinations, Ultra, Naavik, Galxe, Hacken, Venly, HackenProof, Shorooq, Elixir, Arcade, and MetaCon. The GAM3 Awards marked itself as more than an awards ceremony, showcasing never-seen-before and exclusive footage of countless web3 games heavily anticipated by everyone within the industry. Most notably, everyone got to see Blocklords gameplay in action for the first time, with other exciting games titles including Mythic Protocol, Cards of Ethernity, Mummy.io, and Elarium among others giving us a glimpse of what they have been working on.In addition, several other web3 games chose the event to showcase their upcoming announcements and unreleased gameplay footage as all eyes in the web3 gaming industry were on the official awards livestream on December 15th.Speaking about the awards, Justin Kan, Founder of Fractal, the awards’ content partner, expressed his enthusiasm towards what the GAM3 Awards can do for the web3 gaming space moving forward:“We are excited to partner with Polkastarter Gaming on this event, it is truly a step in the right direction for the industry, and the first of its kind in web3 gaming!”In addition, Urvit Goel, Head of Global Games at Polygon Studios, equally emphasized the importance of gaming’s contribution to the growth of blockchain technology in his following quote:”It is an amazing list of quality games that really showcase what is coming in the blockchain gaming space. The GAM3 Awards has shown how many quality blockchain games are being built, and the passion of those builders.”2022 comes to an end, but next year promises a new, even more exciting chapter for web3 gaming. The quality of blockchain games is rapidly on the rise, with the GAM3 Awards proving to be a testament of how far the industry has come, and how bright the future looks. The 2023 GAM3 Awards couldn’t come sooner.About GAM3 AwardsGAM3 Awards 2022 is the inaugural edition of the annual web3 gaming awards. Hosted by Polkastarter Gaming, Polkastarter’s first step at reimagining the future of blockchain gaming, the awards celebrate the highest quality web3 games. The event boasts industry leaders, ecosystems and media outlets and rewards the top games developers with monetary prizes and services valued at over $1,000,000.Learn more: Website | Twitter | Discord | Twitch | YouTube