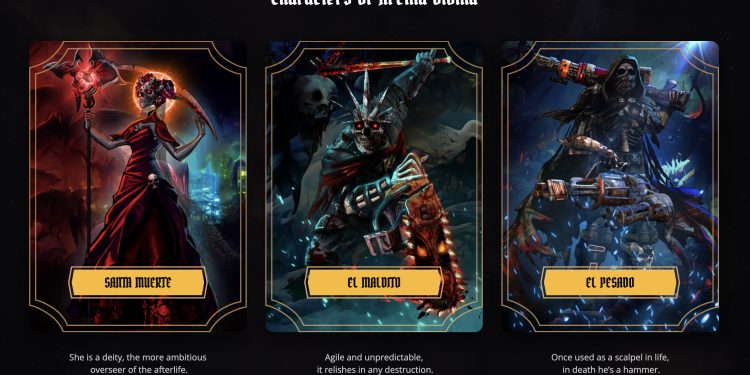 London, England, Monday, January 2nd, 2023 – Crypto’s latest play-to-earn (P2E) battle card game, Calvaria, has only $440k left to raise before its presale ends, so there’s no time to lose to get onboard.As the project readies for its centralized exchange listings it has also today revealed it is supported with KuCoin Wallet.Users can connect KuCoin Wallet at the site from today. Only 15% of tokens are now available, so those looking to contribute will need to move fast.  An announcement on the Calvaria telegram news channel states: “To solidify our good relationship with KuCoin  even further, $RIA will be supported by KuWallet on launch, and right now KuWallet users can use it to participate in the presale!”This latest development could be a precursor to a future listing on the giant KuCoin exchange, ranked the fourth-largest globally by 24-hour trading volume. Still, speculation aside, Calvaria does have an exclusive initial exchange offering with the BKex centralized exchange signed off.BKex initial exchange offering listing to be followed by LBankWhen the coin lists on BKex, the 19th largest centralized exchange with a 24-hour trading volume of around $500 million according to CoinMarketCap, it is likely to do so at a price point north of $0.0325. The BKex listing will be followed immediately after by the RIA token’s listing on Hong Kong-based LBank exchange.Calvaria has entered the 5th and final stage of its RIA token presale. RIA is currently priced at $0.0325.The presale ends when the target raise final milestone of $3,075,000 has been achieved or by 31 January –  whichever comes first.Those investors who bought into the 1st stage of the presale at $0.0100 will be sitting on nominal profits of 225% by the end of the fundraising.Calvaria brings free-to-play and 3D to crypto battle cardsP2E crypto gaming is a successful sector of the industry and Calvaria is bringing the format to fantasy battle cards with some notable value-added twists.The project integrates P2E mechanics into its battle card game Duels of Eternity, set to launch in Q1 2023.In a smart move, Calvaria has free-to-play access for those who want to try out the game.Putting it ahead of competitors’ games such as Splinterlands and Gods Unchained, it features 3D characters as part of its commitment to AAA game design standards. Another feature that differentiates Calvaria from the rest is users not being required to connect a crypto wallet in order to start playing. This last design feature is another smart decision because it will increase the game’s appeal to those gamers new to crypto.More details about the game will be released in the coming days. The team held an AMA on 9th December on YouTube Live, and you can watch it here: Calvaria AMA, 10.12.2022Calvaria transactions powered by Polygon for smoother gaming Duels of Eternity’s appeal to regular gamers is enhanced by the fact that it will be launching on mobile devices, making the game more accessible.Other game design features that appeal to investors and gamers alike include DAO governance, an in-game assets marketplace, and a scholarship program.Calvaria is a multichain project but has opted for internal transactions to be handled by the Polygon Layer 2 protocol, allowing for efficient and smooth gameplay. Polygon is a so-called Layer 2 protocol for the Ethereum blockchain and makes transactions faster and cheaper, making it well-suited for gaming. Calvaria is supported by Polygon Studios.Visit Calvaria Now