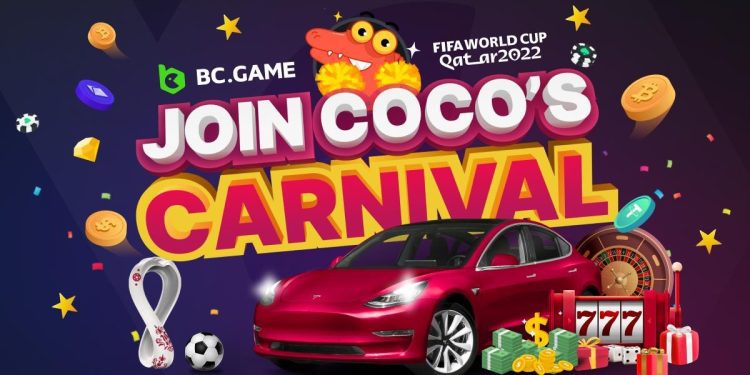 Disclaimer: The text below is a press release that is not part of Cryptotelegraph.com editorial content.BC.GAMEBuenos Aires, Argentina, December 20, 2022–BC.GAME, AFA’s official crypto casino sponsor, is celebrating Messi and Argentina’s legendary win with a huge lottery event. Up to $100,000 is up for grabs for the crypto casino’s VIP players. More information about the event will be disclosed to qualified players through email and platform notifications.Argentina Wins Over FranceOn a night full of anticipation and heart-pounding moments, Argentina takes home the championship in the 2022 FIFA World Cup. Argentina defeated France by 4-2 in a penalty shootout in the nerve-wracking final match held in the Lusail Stadium in Lusail, Qatar.The Argentinian football team’s victory against France this Sunday night adds another win to Argentina’s World Cup championship titles list. This marks Argentina’s third World Cup win since their last World Cup championship title in 1986, making it 36 years since the country last won the World Cup.Messi’s Dream to Win the 2022 World Cup Lionel Messi has obtained every possible football achievement throughout the entirety of his football career except one: winning the World Cup. After losing the finals to Germany in 2014, the 2022 World Cup marked his another chance to win the World Cup title.Thanks to Argentina’s well-deserved victory, Messi has finally achieved and added the football’s grandest title to his roster of achievements. The historic win not only brings immense joy to all fans of the Argentinian football team but also provides a great ending to Messi’s legendary football career. BC.GAME, AFA’s newest global sponsor in 2022, congratulates the team for winning the “greatest football game” ever. Argentina’s triumph brings more excitement to the football community and crypto casino players as it opens more sports betting opportunities globally. In the future, BC.GAME’s community can expect more events and promotions exclusive to players, in addition to social media activities and engagements brought by BC.GAME and AFA’s recent partnership.About BC.GAMEBC.GAME is a community-based online crypto casino platform launched in 2017 and is now operating for 5 years. The platform offers a wide range of casino games, live casinos, and sports betting opportunities and has more than 8,000 game titles on its platform, which can all be accessed on both desktop and mobile.Other than integrating cryptocurrency and blockchain technology on its platform, BC.GAME is also one of the first online casinos to support the Lightning Network, Binance Smart Chain, Arbitrum, and other Layer 2 solutions, which have helped reshape the casino and blockchain industries. In June 2022, BC.GAME was recognized as the “Crypto Casino of the Year” in the 2022 Sigma Awards.