The Bitcoin Price Just Ripped Past $35,000 After Consolidation

Bitcoin just set a new all-time high just minutes ago, exploding from $34,000 to $35,800. The cryptocurrency has since retraced slightly to $35,300 as the breakout has slowed to some extent.

BTC’s rally appears to be a byproduct of news that the democrats are expected to win the Georgia Senate elections, which will determine the state of Congress in the years ahead. This “blue wave” that is expected by the pundits will lead to further monetary and fiscal stimulus than if it was a Republican-led Senate.

It’s worth noting that counting is not yet done for the race. Counting has temporarily been paused as the pollsters are expected to come back tomorrow. 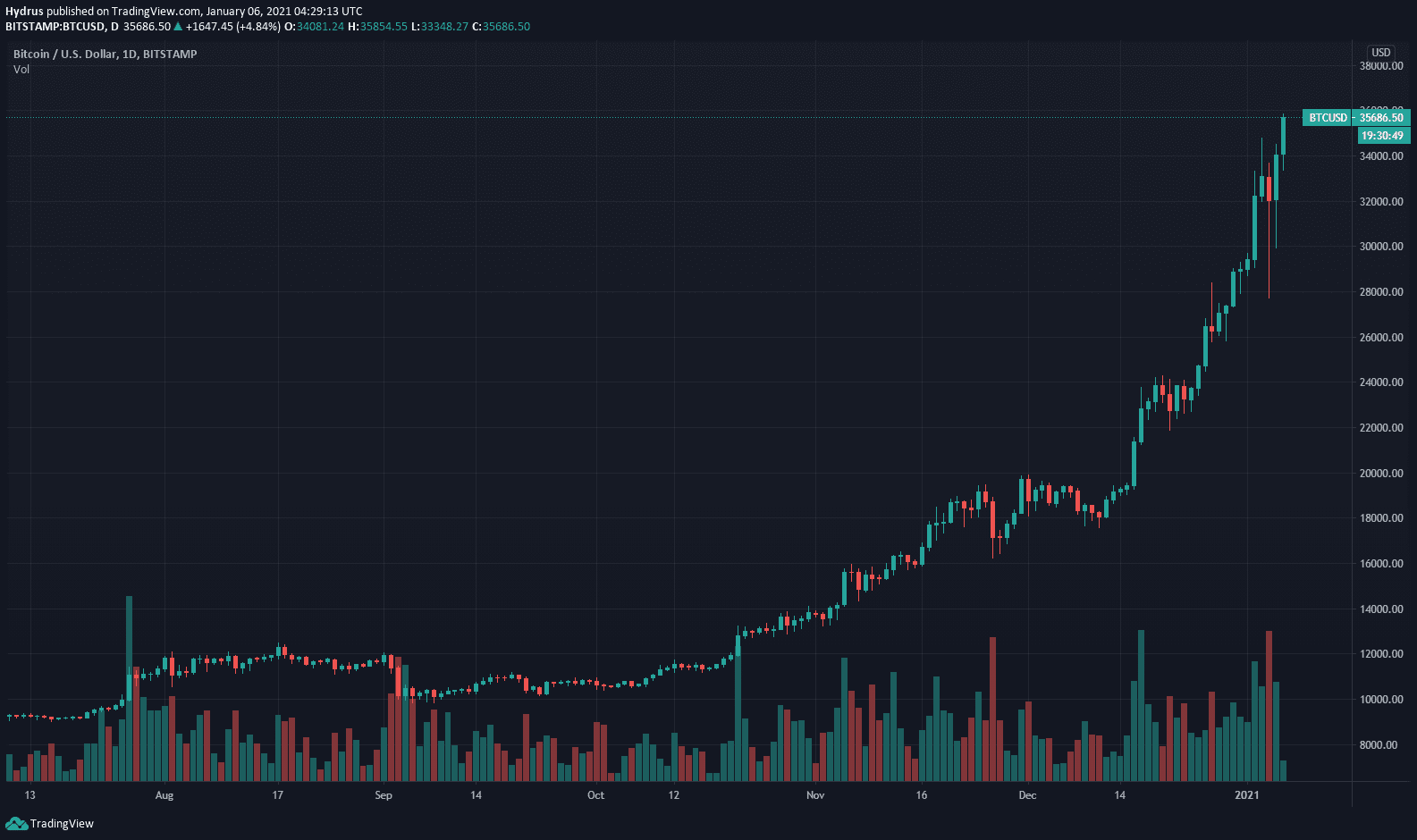 According to Ki Young Ju, CEO of CryptoQuant, institutions are continuing to accumulate Bitcoin at a rapid clip.

He noted that there was a large amount of BTC that left Coinbase on January 2nd. The number of coins withdrawn amounted to over 55,000 tokens on that single day, which is the largest day of outflows ever for the exchange.

Many see this as a sign that there are institutional players that are buying the cryptocurrency en-masse.

FYI, Coinbase outflow on Jan 2 was an all-time high. It seems institutions bought $BTC when the price above 30k.$BTC bull market isn’t over.

Bitcoin’s price action has been quite mixed as of late, with buyers and sellers both vying for control over the...

Among the many reasons Bitcoin turned bullish in 2020, was primarily due to the sudden fear of inflation caused by...

Bitcoin price started a fresh increase above the $33,200 resistance against the US Dollar. BTC is likely eyeing more upsides...

Bitcoin price declined sharply towards the $28,000 zone against the US Dollar. BTC is currently rising, but it might face...

Bitcoin Uptrend From $20K Has Been Lost According To Parabolic Indicator