On a day when the cryptocurrency market is correcting lower, two Oracle tokens have moved in the opposite direction.

Decentralized Finance’s top assets–Chainlink’s LINK and Band Protocol’s BAND–grew higher on Friday and continued their uptrend into the early weekend session. The BAND/USD exchange rate, for instance, logged a 21 percent rally in the last 24 hours. LINK/USD, on the other hand, surged with a dwarfed 6 percent within the same timeframe. 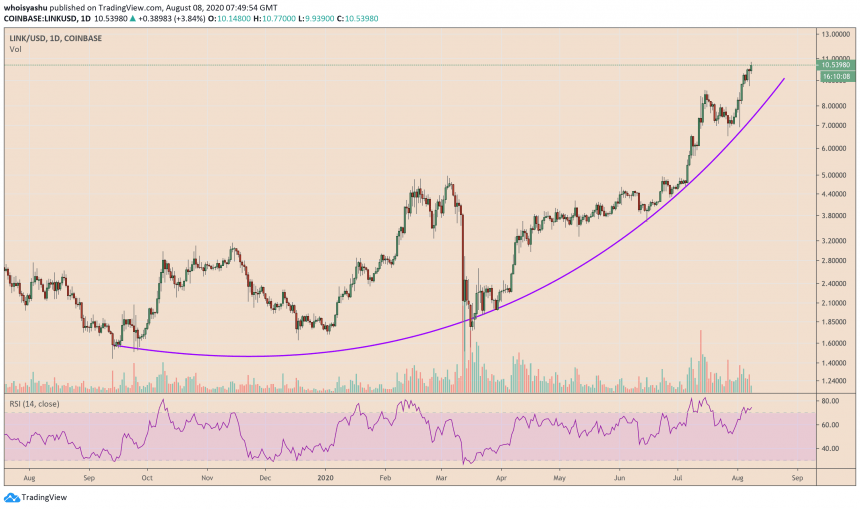 The oracle tokens rose as the rest of the cryptocurrency became less appealing for traders. Top cryptocurrency Bitcoin stayed lower upon correcting from its yearly high above $12,000. Meanwhile, other non-oracle cryptos merely tailed Bitcoin’s downside moves.

BAND and LINK sustained their uptrends owing to a growing hype around oracle solutions. Observers acknowledge their role in potentially bridging the gap between on-chain and off-chain data by sending and receiving information between blockchain apps and the real world.

Some see benefits in holding BAND and LINK tokens because of their active involvement in decentralizing oracles. LINK, for instance, is Chainlink’s payment and staking money. BAND operates similarly within the context of its Band Protocol.

“While none have quite developed the fervent community Chainlink has, many like Band Protocol have employed Chainlink’s strategy of announcing a ton of project integrations and partnerships. And they’ve been rewarded for doing so,” said Ryan Watkins, a researcher at data aggregator firm Messari.

The YTD performance of LINK and BAND currently stands at 488 percent and 3,918 percent, respectively.

The firm was already offering LINK trading. But on August 6, it further integrated Band–a relatively new oracle token– into its platform. Their announcement read: