Ethereum recovered nicely above the $380 and $390 levels against the US Dollar. ETH price must surpass the $400 barrier for another leg higher in the near term.

After diving towards the $365 support zone, Ethereum found a strong buying interest against the US Dollar. A swing low was formed near $364 before the price started a fresh increase.

A new intraday high is formed near $398 and the price is currently correcting lower. There was a slight decline below the $395 level. The price is now trading near the broken trend line and the $392 zone. 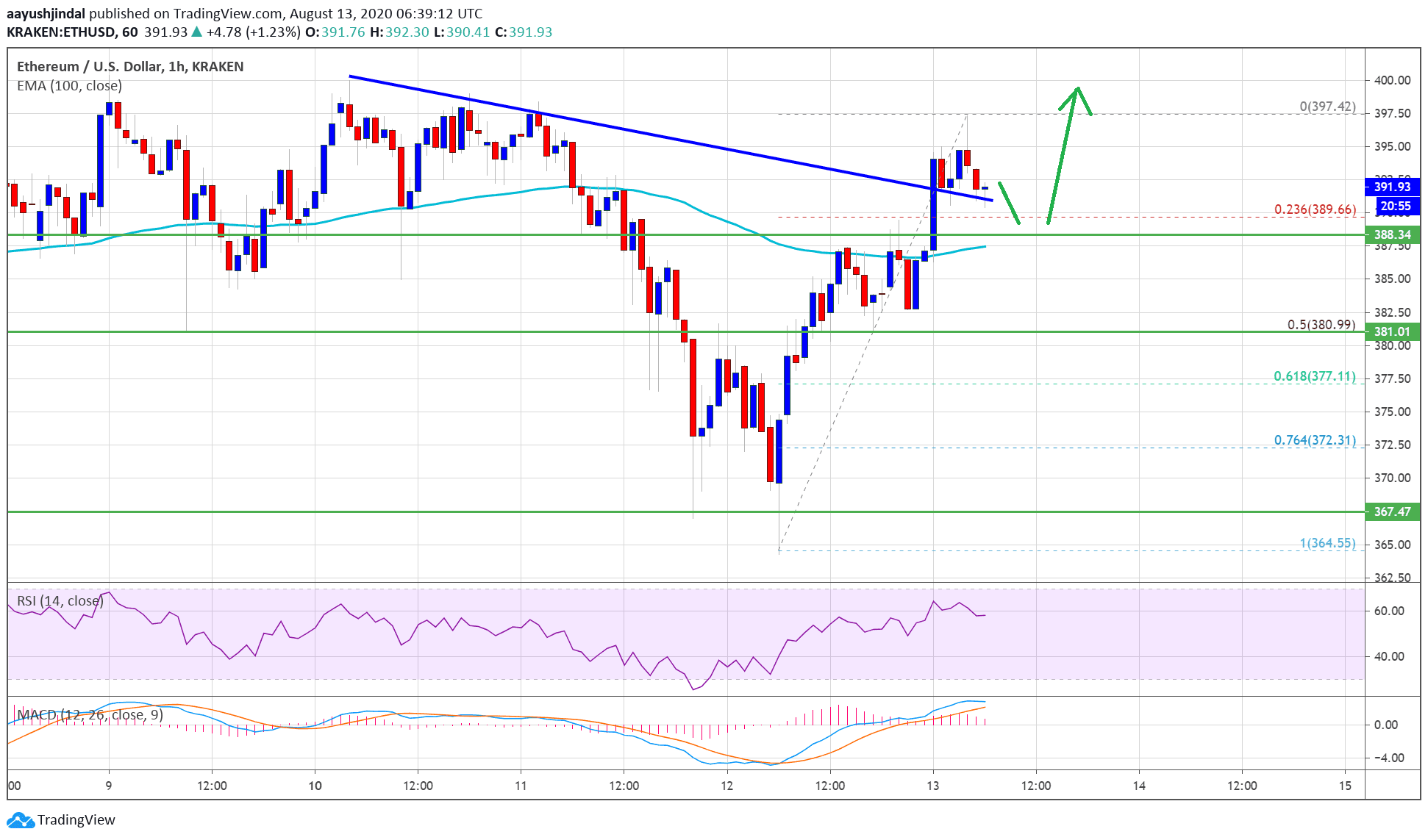 If ether price stays above the $388 and $390 support levels, it could make another attempt to clear the $398 resistance. The main hurdle is still near the $400 level, above which the price is likely to rise towards the $412 and $420 levels in the coming sessions.

Dips Likely To Be Supported in ETH

Ethereum is likely to find a decent buying interest near the $390 and $388 levels. The main support is now forming near the