Bitcoin Could be Following Gold’s Price, Signaling a Breakout is Imminent

Another week, another round of Crypto Tidbits.

The past seven days have been volatile days for Bitcoin and other cryptocurrencies. The cryptocurrency on June 1st rallied past $10,000 for the first time in many weeks, reaching as high as $10,400.

It was an explosive move that had many expecting more upside. One Wall Street analyst went as far as to say that the breakout past $10,000 was the biggest in BTC’s storied history.

But just as fast as Bitcoin rallied, the asset tanked. Just 24 hours after the asset moved into the five digits, it plunged by $1,600 in three minutes on BitMEX, falling as low as $8,600 as longs were squeezed out of their positions. 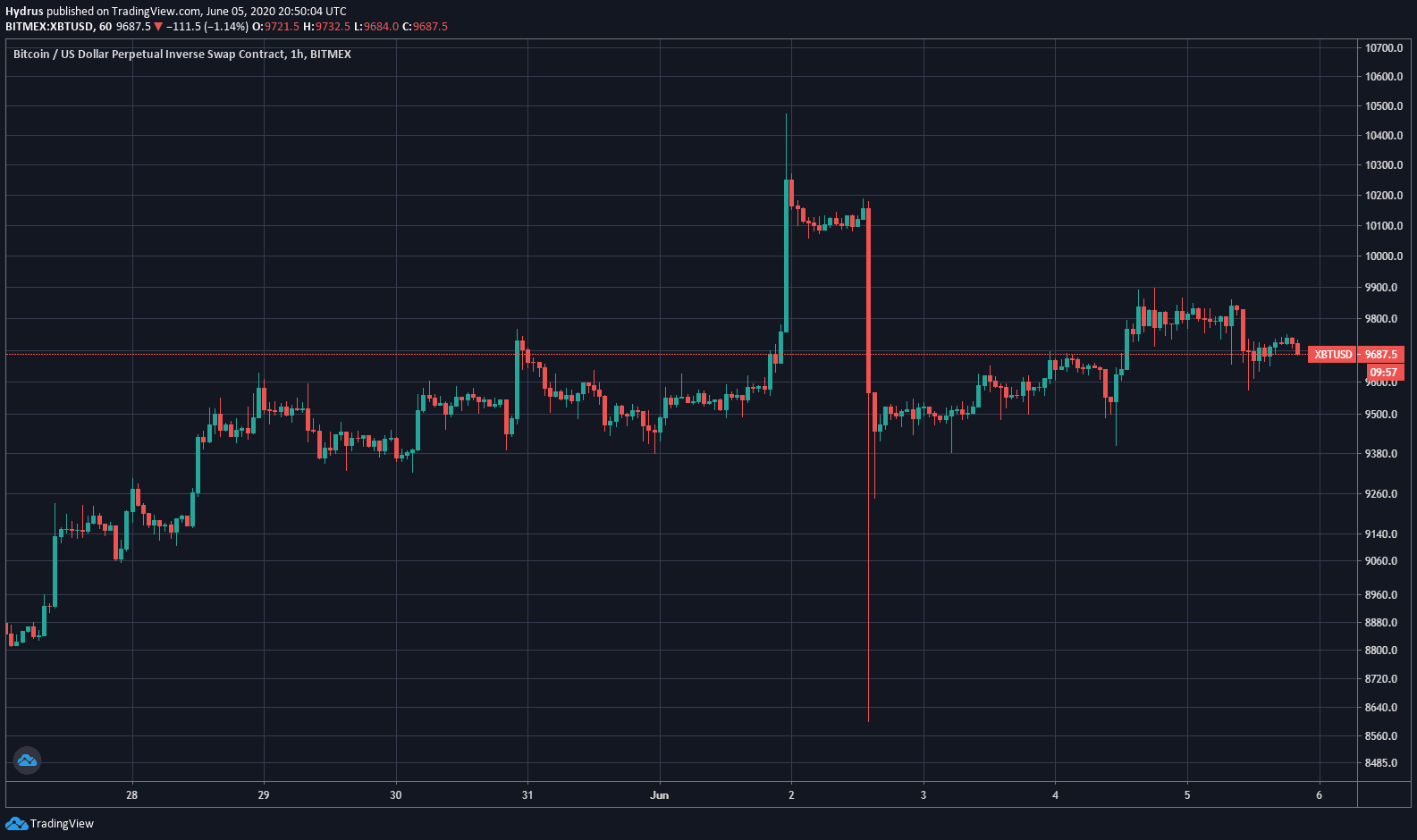 Due to the two explosive moves — one to the upside and one to the downside — over $200 million worth of derivatives on BitMEX alone were liquidated.

Analysts are currently divided as to what to make of this crypto market price action.

One prominent technical analyst, John Bollinger, creator of the “Bollinger Bands” indicator, is bearish. He recently wrote that investors in BTC should be cautious at current prices:

“The is a Head Fake at the upper Bollinger Band for $btcusd, time to be cautious or short.”

Others have been more optimistic. Mike McGlone of Bloomberg’s commodities analysis desk released a report this week on the crypto market.

In it, the strategist said that something will need to go “really wrong” for Bitcoin not to rally. McGlone cited a confluence of fundamental factors, like the money printing by central banks, the adoption of futures, the growth of Grayscale Investments, and the block reward halving.

“With the recent politicization of facebook, google, and other bigtech social media giants, the web3 thesis for crypto has never been as underrated as it is now.”

Stellar Lumens is back in the spotlight of the cryptocurrency market after the impressive bull run it has gone through...

Bitcoin Could be Following Gold’s Price, Signaling a Breakout is Imminent

Bitcoin’s multi-month consolidation phase has caused its correlation with other assets to degrade, leaving investors to question where it might...

Ethereum has been expressing some notable strength against Bitcoin over the past couple of days. This comes as it was...

It isn’t only Cardano and DeFi tokens that have performed extremely well over recent days.Stellar Lumens (XLM) is up over...

Bitcoin Hits “Do or Die” Support Following Rejection at $9,500

After expressing some signs of strength throughout the early part of the week, Bitcoin has now faced a grim rejection...