This time, faulty code was blamed for an exploit that allowed hackers to duplicate assets, or increase their iTokens balance without the appropriate collateral.


According to Burkov, the amount lost to the duplication exploit is closer to $1.7 million. Further analysis carried out by Burkov pinpointed the exploit to nine transactions on the iETH lending token, worth approximately 4.7k Ethereum in total. 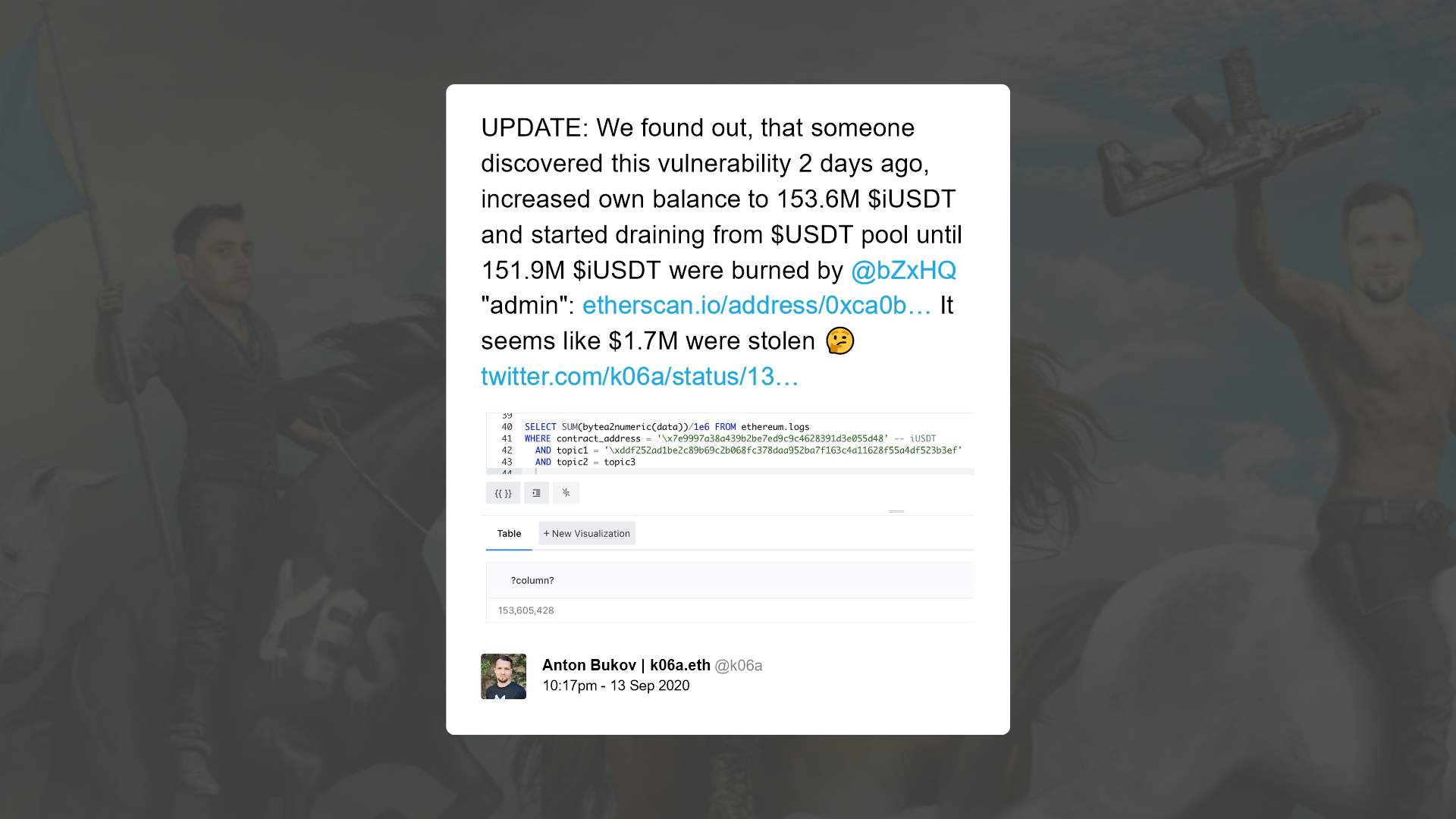 In response to the exploit, bZx issued a statement saying investors are