Bitcoin Price By Christmas: A Bullish, A Bearish, And A Moderate Forecast!

The price of Bitcoin has been holding remarkably steady lately. For more than two months, the digital currency has been stuck around the $6500 mark.

That may come as a surprise to those who follow cryptocurrency markets closely. For a couple of reasons. One of them is volatility. The Bitcoin price has been all over the map last year. It raced from around $6000 at the end of September to close to $20,000 by mid-December, before heading back to $6,000. 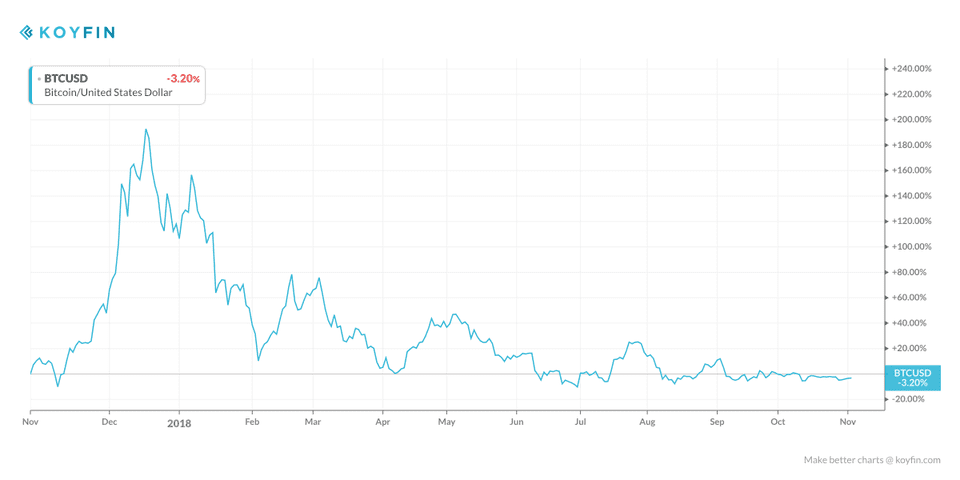 Then there’s timing. Bitcoin’s stability comes at a time of rising US interest rates that have strengthened the dollar against several currencies.

To technical analysts, price stability is usually followed by major moves. Will Bitcoin have another wild ride by Christmas?

To find that out Greg Giordano, my co-author in a research paper on Bitcoins “intrinsic” value, performed a simulation to three econometric models, the Hayes’s model and the Wheatley models, and the Market Model (our own).

The results of this exercise are summarised in table 1.

Bitcoin Price By Christmas: A Bullish, A Bearish, And A Moderate Forecast!

Ethereum has been at the center of some of the largest developments within the crypto market throughout the past several...

While legacy markets and Bitcoin have rejected from local highs, Ethereum has been holding up well. Since the launch of...

Several signs now suggest that Bitcoin’s recent pump to $11,000 that failed to hold could have been a bearish retest...

Bitcoin’s price action has given investors mixed signals as of late, with the benchmark cryptocurrency oscillating between $10,000 and $11,000....

Bitcoin price corrected lower, but it found support near the $10,750 zone against the US Dollar. BTC is currently rising...