The One Thing That Could Destroy Bitcoin Is Happening Today

There have been dozens of obituaries for Bitcoin over the asset’s short history. Despite constantly being proclaimed dead or projected to fall to zero, in theory, it cannot be stopped or killed.

However, the one thing that could actually destroy Bitcoin, is actually happening today. Although today’s event may not be powerful enough to put an end to the cryptocurrency, it does show demonstrate how realistic the scenario may be.

Bitcoin was designed to be decentralized and fully autonomous, supported by a network of miners incentivized by that same network to keep it in operation. In theory, it cannot be stopped so long as the internet exists.

Even if an apocalypse that takes out the internet, Bitcoin may still be possible. This was potentially proven when BTC transactions were successfully sent over HAM radio last year.

The world is currently experiencing a pandemic, where people are forced to rely significantly more on digital solutions to everyday problems. Political and social unrest, coupled with unprecedented impact on mental health due to quarantine conditions, has erupted into protest and violence.

The only scenario that could make matters worse, would be if all forms of communication were disrupted. This bleak picture is something that Deutsche Bank recently warned would be the one black swan that could be more crushing than the current outbreak.

The only energy source powerful enough to completely knock out all forms of internet, radio communication, and infrastructure, would be the sun.

This scenario is exactly what Deutsche Bank says would make the pandemic look like a walk in the park. It is also about the only thing that can actually destroy Bitcoin.

What’s more frightening, however, is the fact that such an event is happening today. 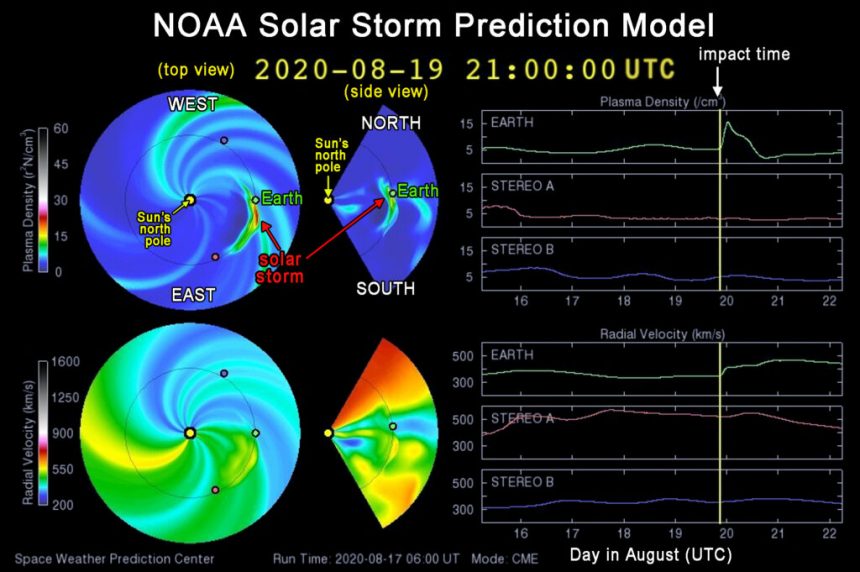 That’s right – the one thing that could kill Bitcoin is taking place on Earth today, just as the sun sends a

Bitcoin has undergone a strong drop since the highs seen yesterday. The price of the leading cryptocurrency fell from its...

The DeFi party and decentralized oracle boom have come to a conclusion, but only now Justin Sun has shown up...

Bitcoin has seen its first notable pullback since its recent multi-week uptrend first kicked off, with bears catalyzing a strong...

Bitcoin price is down over $500 from the $13,850 swing high against the US Dollar. BTC is showing bearish signs...

Charted: Cardano (ADA) is Primed For a Rally And Only 1 Thing is Holding it Back