Another week, another round of Crypto Tidbits. Bitcoin has seen quite the tumultuous week.

After rallying towards $10,000 at the start of the week on the back of post-halving buying, seemingly caused by both retail and institutional players, Bitcoin plunged to $8,800 over the course of two days. Altcoins posted similar losses, with some underperforming the market leader and others outperforming BTC. 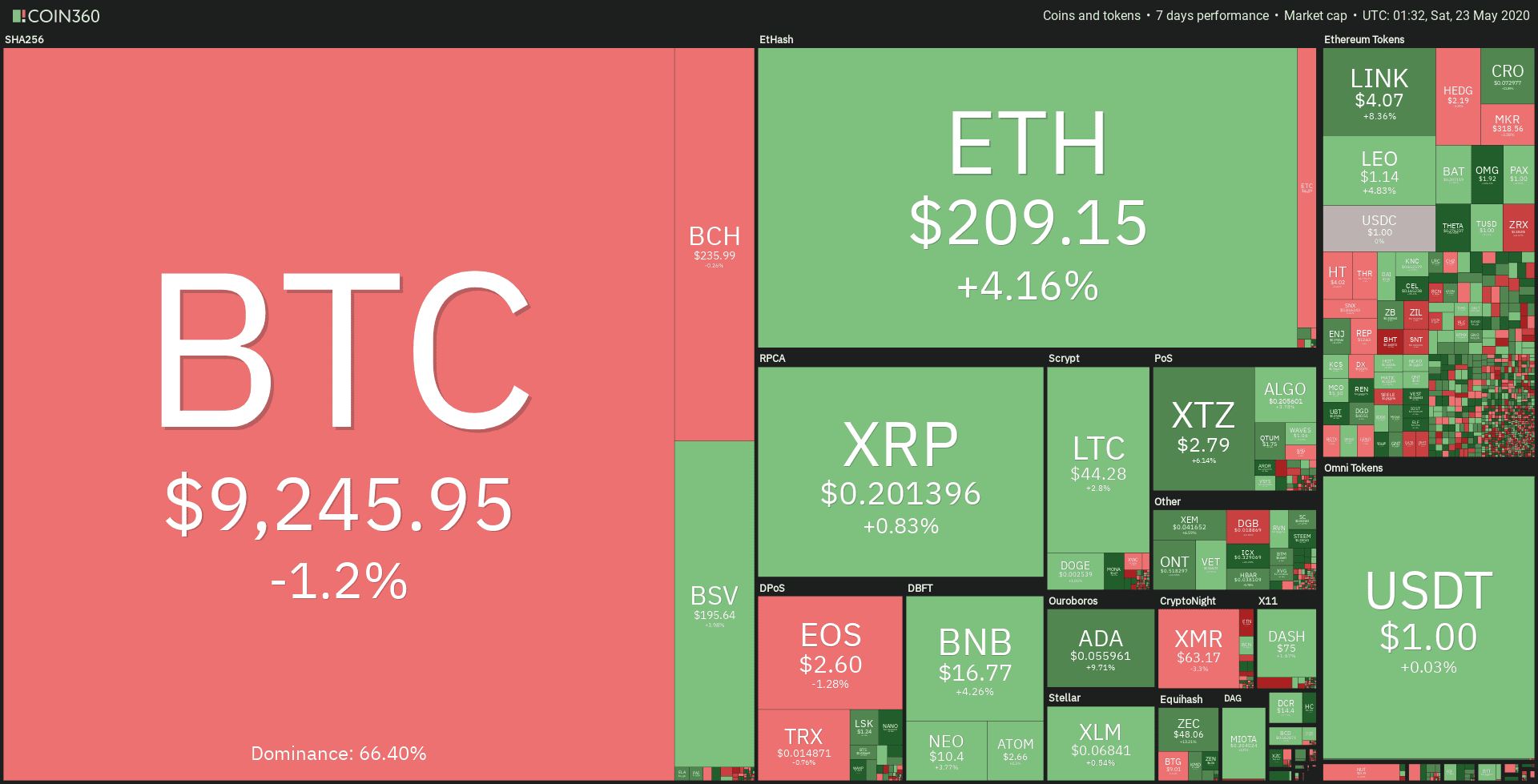 Chart (heat map) of the performance of top cryptocurrencies from Coin360. Current as of May 22nd.

The drop coincided with rumors that Satoshi Nakamoto — the founder of the flagship cryptocurrency — was dumping his coins on the open market after a transaction was sent from an address created one month after Bitcoin was launched. This rumor has since been disproven by blockchain data.

In spite of the drop, analysts are still fundamentally long-term bullish on Bitcoin.

As reported by NewsBTC previously, blockchain analytics company Glassnode noted on May 18th that the Puell Multiple — the USD value of BTC issued per day over the one-year moving average of the same metric — reached a crucial level. 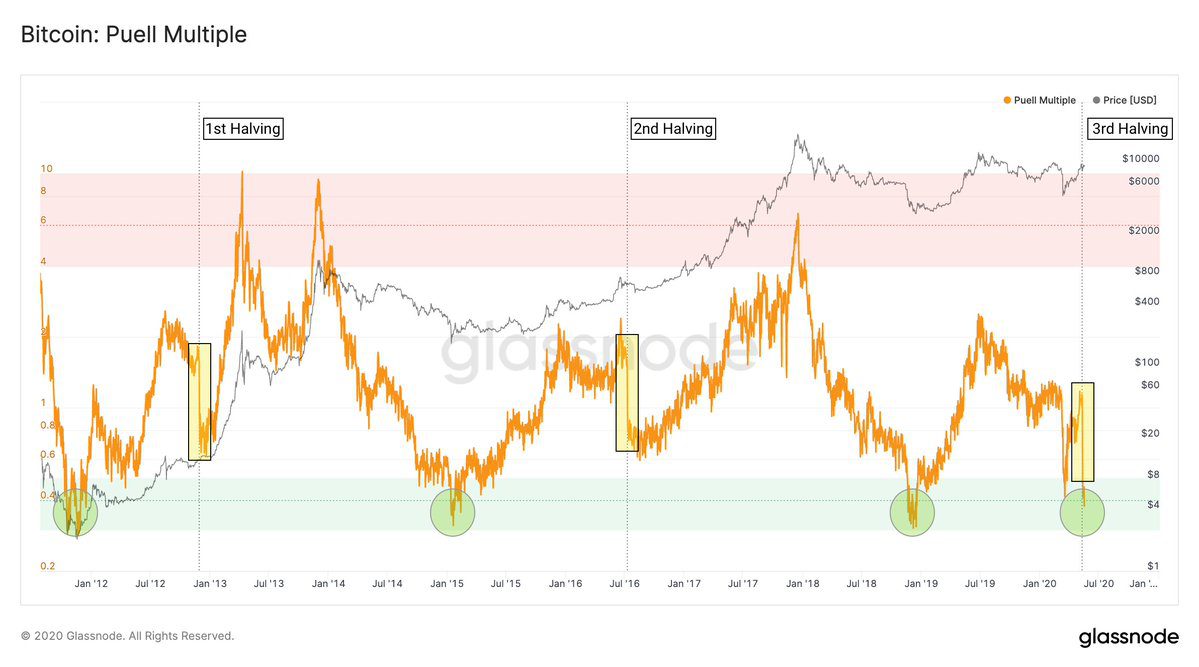 As the below chart indicates, whenever the multiple entered the green zone, it found a macro bottom.

This strong precedent suggests that BTC is nearing a post-halving bottom and is about to embark on its fourth long-term rally.

Tuur Demeester — founder of Adamant Capital — echoed the optimism in an interview published this week by Messari, a crypto research firm: