Bitcoin’s price has been caught within a bout of range-bound trading throughout the past few days, with the support at $18,000 and resistance at $19,000, leading to the formation of a new and intense trading range.

Its trend of trading sideways has greatly favored <span class="wpg-tooltip-term-title">Altcoin</span></h3><div class="wpg-tooltip-content">Altcoin is defined as any cryptocurrency except for Bitcoin. “Altcoin” is a combination of two words: “alternative Bitcoin” or “alternative coin”. There are over 1,500 altcoins with many more planned for release.<p class="wpg-read-more"><a href="https://www.newsbtc.com/dictionary/altcoin/">» Read more</a><p></div>”>altcoin bulls, as Ethereum and many other digital assets have been posting massive gains throughout the past few days.

This momentum is showing few signs of slowing down anytime soon, and some believe that Bitcoin’s consolidation will bring funding rates back down to neutral before the cryptocurrency embarks on the next leg of its journey higher.

While looking towards Bitcoin’s macro price trend, the cryptocurrency now has a firmly better risk-adjusted return than gold, boosting its status as a safe-haven asset.

If this trend persists, then the narrative regarding it being an emerging safe-haven asset could continue gaining steam, potentially onboarding a host of new investors.

Combine this with the “FOMO” that will start setting in once the crypto breaks above $20,000, and there’s a strong possibility that it will soon see some massive momentum in the days and weeks ahead.

At the time of writing, Bitcoin is trading down marginally at its current price of $18,300. This is around where it has been trading throughout the past few days.

The selling pressure it has found at $19,000 has proven to be too much for bulls to break, with each visit to this level resulting in it seeing a harsh rejection.

There is massive support around – and just below – $18,000 that has bolstered its price action as of late, with each dip to this region being rapidly absorbed.

While looking towards Bitcoin’s risk-adjusted returns over a macro time frame, it far exceeds counterparts like gold and other assets.

This provides some validity to the safe-haven narrative that has largely underpinned its recent push higher.

One on-chain analyst spoke about this in a tweet from today, saying:

“Bitcoin is more stable than Gold as an investment vehicle. If you’re in it for the long run, you want long term stability of returns for the risk you’re undertaking. Day to day price volatility drops to the background for long term investors.” 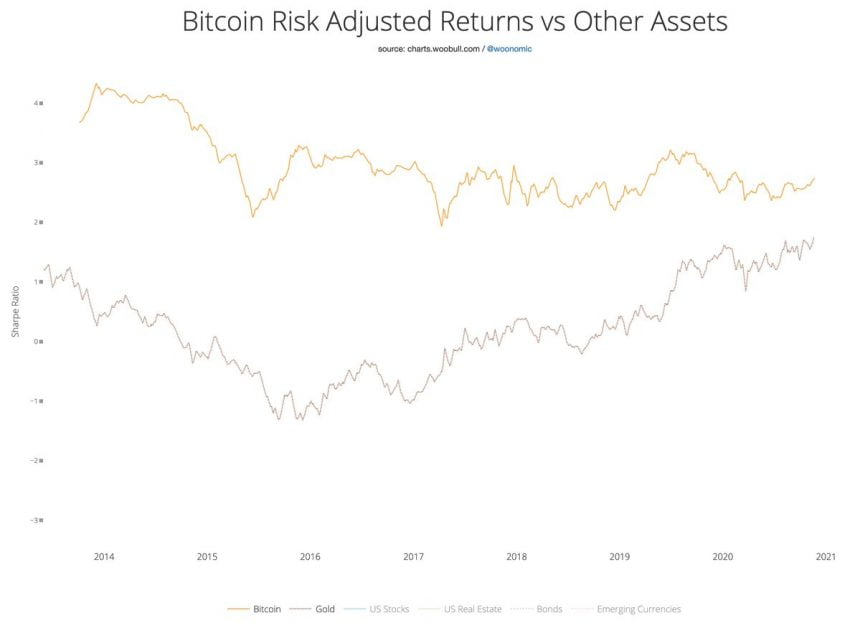 As Bitcoin nears fresh all-time highs, whether or not this narrative will be enough for it to see a sustained rally higher remains to be seen.

Bitcoin hovered between gains and losses as traders waited for further clues from the US Congressional leaders on their next...

A leak of crypto cold storage wallet manufacturer Ledger’s customer database has put over a quarter of a million Bitcoin...

Bitcoin is the one asset everyone in 2020 is talking about whether they are for or against the cryptocurrency. Naysayers...

TA: Bitcoin Dips Below $23K, Why Buyers Are Still Comfortable

Bitcoin price came under pressure after ripple’s XRP massive decline below $0.3000 against the US Dollar. BTC traded below $23,000,...