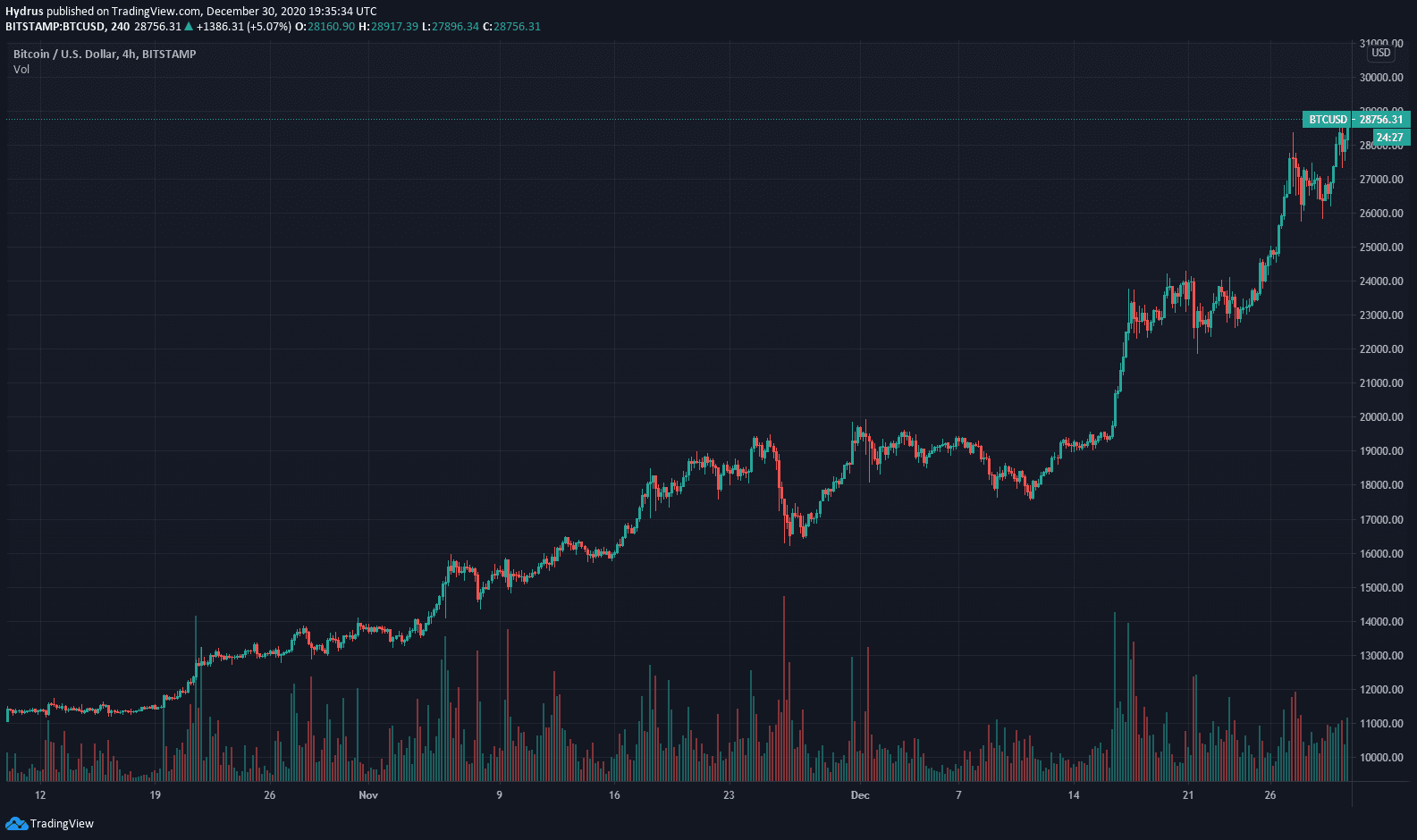 Altcoins are underperforming during this rally higher.

Ethereum has only gained 3% in the past 24 hours, underperforming Bitcoin’s rally. This has been a large trend of the past year, with BTC strongly outperforming altcoins as it sucks the air out of the <span class="wpg-tooltip-term-title">Altcoin</span></h3><div class="wpg-tooltip-content">Altcoin is defined as any cryptocurrency except for Bitcoin. “Altcoin” is a combination of two words: “alternative Bitcoin” or “alternative coin”. There are over 1,500 altcoins with many more planned for release.<p class="wpg-read-more"><a href="https://www.newsbtc.com/dictionary/altcoin/">» Read more</a><p></div>”>altcoin market.

This may largely be due to the composition of investors that are entering the cryptocurrency market. Where retail investors often push altcoins higher, institutional players are focusing their efforts on Bitcoin.

Related Reading: Here’s Why Ethereum’s DeFi Market May Be Near A Bottom

This latest leg higher comes as it was revealed that digital asset-friendly exchange-traded fund firm VanEck has once again filed for a Bitcoin ETF with the Securities and Exchange Commission.

Bitcoin price rallied towards the $38,000 resistance, but it failed to hold gains against the US Dollar. BTC started a...

Ethereum remains in a range above the $1,300 support against the US Dollar. ETH price is likely to gain momentum...

Bitcoin price started a fresh increase above the $32,500 and $33,500 resistance levels against the US Dollar. BTC is showing...

Over the last few days, whales and miners have been depositing the largest amount of Bitcoin this year, yet despite...

Bitcoin price has held on tightly to support at $30,000, and according to Raoul Pal’s Global Macro Investor Report, the...