Bitcoin miner Argo Blockchain, a UK-listed company, has today sought to soothe shareholder unrest following a steep decline over the last month in the price of bitcoin and other cryptocurrencies, including Ripple’s XRP, ethereum’s ether, and stellar lumens.

Bitcoin is down some 38% over the last month as sell-off sparked by a fork in the bitcoin cash cryptocurrency led to investors bailing out of their crypto holdings and a raft of warnings the bitcoin price could be headed far lower.

Bitcoin companies around the world, including cryptocurrency miners and software developers, have come under severe pressure since early last month after a sudden sell-off looks set to cap a turbulent year for bitcoin and the wider cryptocurrency market. 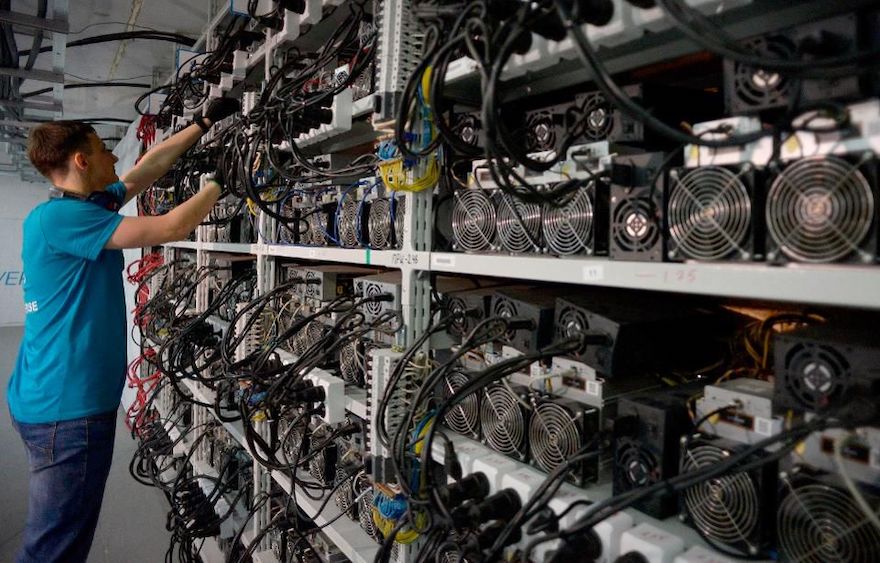 Bitcoin miners around the world have been hard hit by a near-40% decline in the bitcoin price over the last month.
Photo credit: AFP/Getty Images

Despite the downward trend for the bitcoin price, which has dragged the cryptocurrency market down by some $700 billion since the beginning of 2018, Argo has said demand for its products and services has remained robust.

Our mining packages are being snapped up as quickly as we make these available and demand continues to exceed supply,” said Argo co-founder and director Mike Edwards in a trading update to the market. “Despite a recent downturn in the cryptocurrency market, we are continuing to experience a strong ramp-up in revenues due to good execution of our growth strategy.

Argo’s share price has plummeted since it listed on the London Stock Exchange in August, tracking the falling price of bitcoin. Shares in early August were valued at £0.131 and fell to lows of £0.043 late last month. Shares in the company rallied some 25% this morning as investors cheered the bullish statement but are still far from their list price of £0.16.

Argo’s share price has fallen as the price of bitcoin and other cryptocurrencies has dropped.

Argo’s long-term prospects remain bright and we look to the future with confidence,” Edwards added

Since bitcoin sudden sell-off last month, many have warned the short term future is going to difficult for bitcoin miners, many of which have reportedly already switched off their machines as they await an uptick in the price. To make a profit bitcoin miners are thought to need bitcoin to be trading at over $4,500.

Canaan Creative, the world’s second-biggest maker of cryptocurrency mining rigs, last week revealed it had put all its Avalon-brand equipment on sale at $200 per unit—down from over $700. 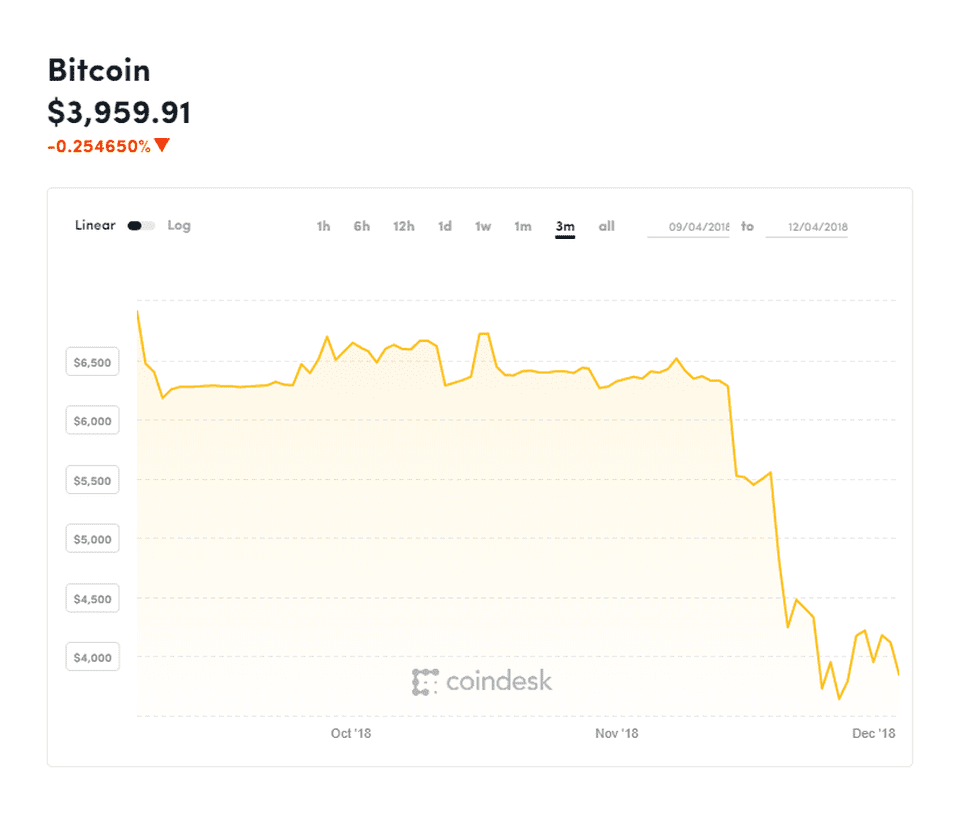 The bitcoin price took a steep dive last month after a period of relative calm. (CoinDesk)

The market has been fretting for months that the long-promised institutional investment surge may not transpire, as global banks and financial institutions delay or put on hold their plans to launch bitcoin and cryptocurrency investment products.