Bitcoin and the entire cryptocurrency market have been caught in the throes of some immense volatility throughout the past week.

Last Thursday, BTC faced a massive influx of selling pressure that caused it to slide below $29,000. This decline erased weeks of gains and marked capitulation.

The “v-shaped recovery” seen in the time since has been promising and has led one analyst to note that the possibility of BTC seeing significantly further upside is now growing rapidly.

These lows appear to mark a macro bottom, as BTC’s recovery – and that of altcoins – suggests that this was the first pullback on the road to higher highs.

BTC is facing some resistance just above its current price level, but a break above here could allow it to see massively further upside in the coming few days.

One popular trader explained in a recent tweet that Bitcoin’s price structure looks incredibly strong and may allow for further upside in the mid-term.

He also notes that Ethereum’s continued strength may help drag Bitcoin higher and protect it from any intense selloff.

“BTC: Structurally, this still looks great to me. It put in what I believe to the low last week at $29k and still believe the market (Eth mainly) will drag BTC up to range highs this week.” 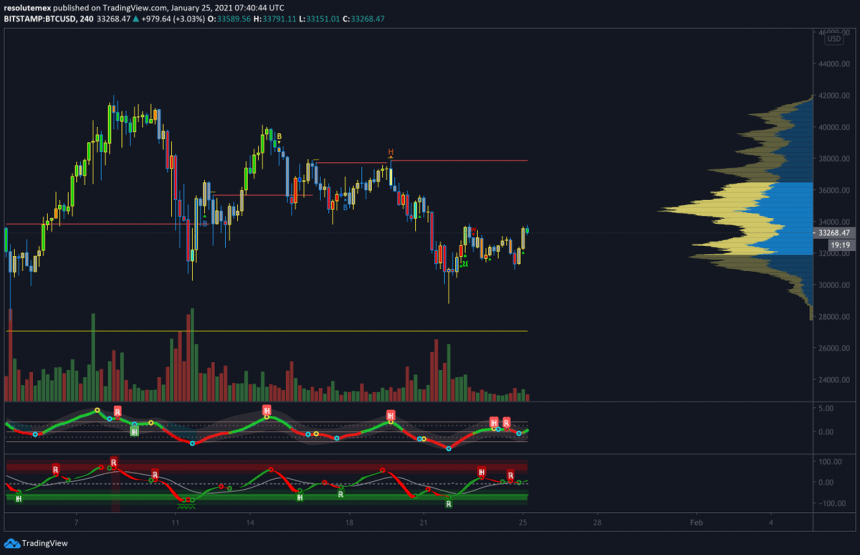 If the sub-$30,000 dip does mark a long-term bottom, then Bitcoin could be starting the next phase of its growth cycle that leads to fresh all-time highs.

Bitcoin price failed to settle above the $50,000 pivot zone against the US Dollar. BTC is now showing bearish signs...

Tesla’s $1.5 billion purchase of Bitcoin has been all over the news recently. The electric car manufacturer made headlines when...

According to Plan B’s now famous stock-to-flow model, the price of Bitcoin can be expected to reach prices of $100,000...

This Unique Take On Bitcoin Suggests A Bear Phase Is Near

Bitcoin just experienced one of its steepest corrections in months, and one of only a handful of pullbacks since the...