As Bitcoin Pushes $11,500 Top, Funding Rates Drop: Why This Is Bullish

Earlier this week, Bitcoin topped out at $11,500 — a historically important price point. The leading cryptocurrency proceeded to drop by approximately 7% to $10,600 in the 24 hours that followed the high.

After consolidating between $10,800-11,200, Bitcoin is breaking higher once again. Just minutes ago, BTC pierced $11,400 for the first time since the aforementioned highs. 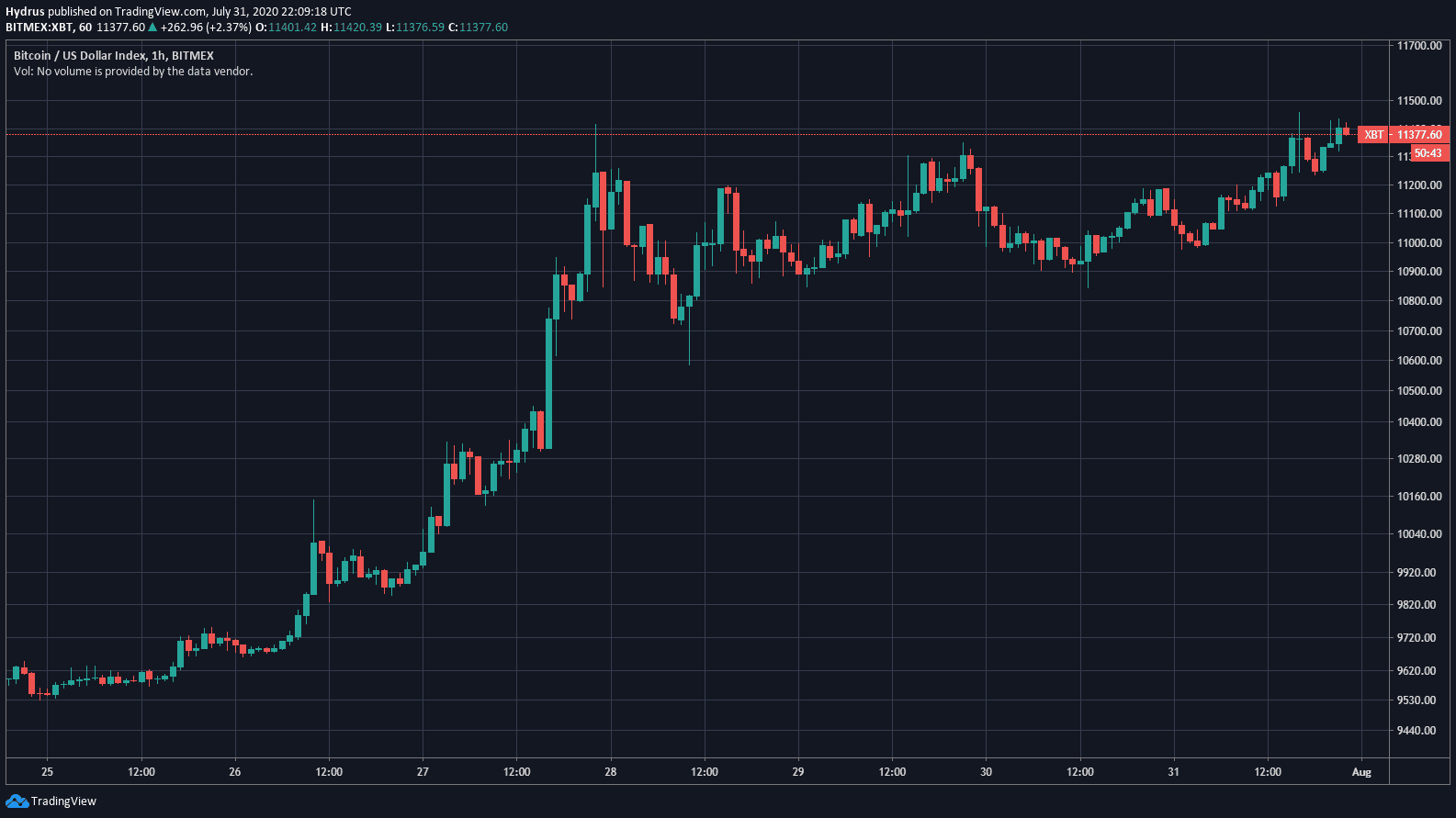 While some are fearing a similar rejection to the one Bitcoin faced earlier this week, derivatives data shows that BTC is now in a healthier position. This means that BTC may be able to move above $11,500 for the first time in approximately a year.

When Bitcoin was rallying earlier this week, a problem that many analysts discussed was the high rates of funding Bitcoin futures owners were paying. Funding is the rate that long positions pay short positions in a perpetual swap market to normalize the price of the contract to the price of the underlying contract.

But things have changed since Monday and Tuesday. According to a funding rates dashboard shared by a trader, funding rates are now normalizing towards base levels around 0.01% every eight hours.

Most perpetual swap markets, like those on Binance and BitMEX and ByBit, have reached levels suggesting buyers are only slightly outweighing bears.

This indicates that Bitcoin has room to move higher.

Kelvin Koh, a partner at The Spartan Group and former partner at Goldman Sachs, wrote on July 31st:

Bitcoin Explodes to Fresh All-Time High; Here’s What Could Come Next

The year was 2009 and the dollar had just recovered from The Great Recession. Bitcoin was born and grew up...

Bitcoin Explodes to Fresh All-Time High; Here’s What Could Come Next

Bitcoin achieved a new milestone on Monday. The flagship cryptocurrency hit a fresh record high for the first time in...

Today, Bitcoin price set a new all-time high record. While that statement certainly speaks for itself, it does beg the...