The flagship cryptocurrency jumped the six-figure level on Tuesday, extending its move towards a new quarter-to-date high at $10,428. Nevertheless, traders used the price rally as their gateway to extract attractive short-term profits. A massive sell-off ensured near the top, causing bitcoin to fall to as low as $8,600.

The pullback was not a new thing for Bitcoin bulls. The cryptocurrency turned away from pursuing a price rally above $10,000 for about twelve times since October 2019. So it seems, spot traders’ upside bias loses momentum near the said level – they ignore buying bitcoin at or above $10,000. 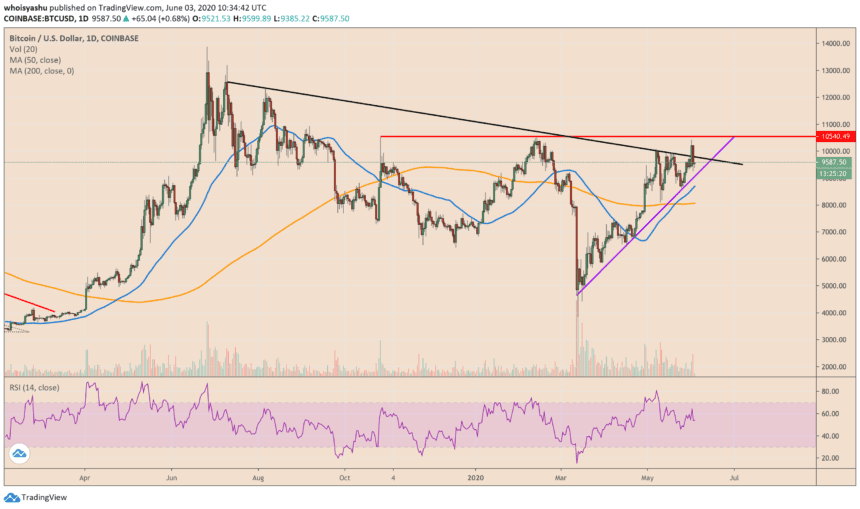 There are no specific reasons that explain those fears – except a separate, long-term descending trendline bitcoin has failed to break above since December 2017.

It is safe to assume that pullbacks near the $10K level are emotionally-driven. The market can invalidate them only if traders begin to see a long-term upside for the cryptocurrency. Fortunately, a Wall Street warning is taking the Bitcoin sentiment right into bullish territory.

The Risky US Dollar

A weak dollar could be a recipe for a stronger Bitcoin, at least per their recent trend behaviors.

The bitcoin price crashed in February and March trade by more than 60 percent. The dramatic fall came in the wake of a global pandemic that sent economies into a lockdown state. Investors panicked and sold-off their risky positions to seek shelter in what they believed was the best safe-haven during a crisis: the US dollar.

As bitcoin, equities, and even gold suffered during the Q1’s global market rout, the US dollar index rose 8.81 percent. Nevertheless, the Federal Reserve’s decision to introduce an infinite stimulus package put some pressure off the investors. That resulted in capital outflow back into risky assets.

As a result, bitcoin, the S&P 500 index, and gold all rose in tandem. At the same time, the US dollar index fell 5.49 percent from its YTD top. 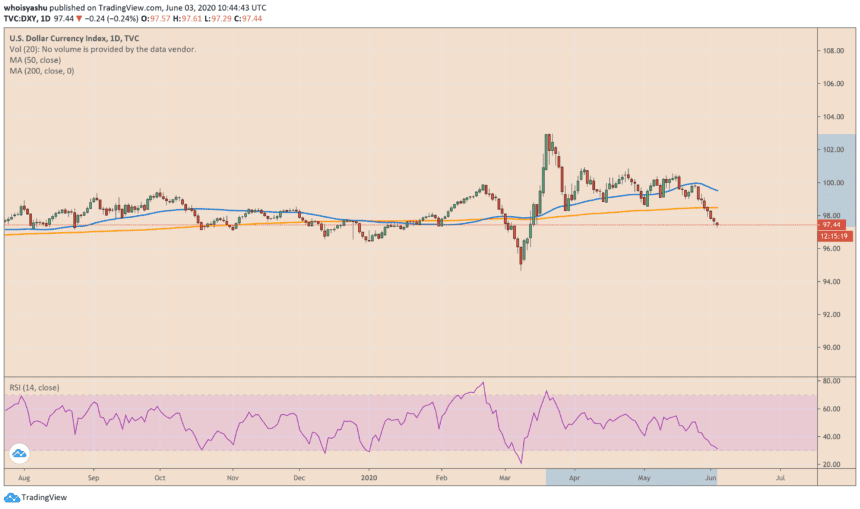 The flipping dollar behavior prompted Wall Street firms to give a more bearish outlook for the greenback.

Strategists at Goldman Sachs recommended its clients to position for dollar downsides in their portfolios. JP Morgan & Chase, too, suggested the same, adding that easing lockdown measures and reopening of the economies would keep the dollar weak.