$20 Million in BitMEX Longs Wiped as Bitcoin Crashes Below $9,000

After weeks of consolidation, Bitcoin decisively broke below $9,000 just minutes ago. The cryptocurrency dipped as low as $8,840 on leading spot exchanges and slightly lower on margin-enabled exchanges like BitMEX. 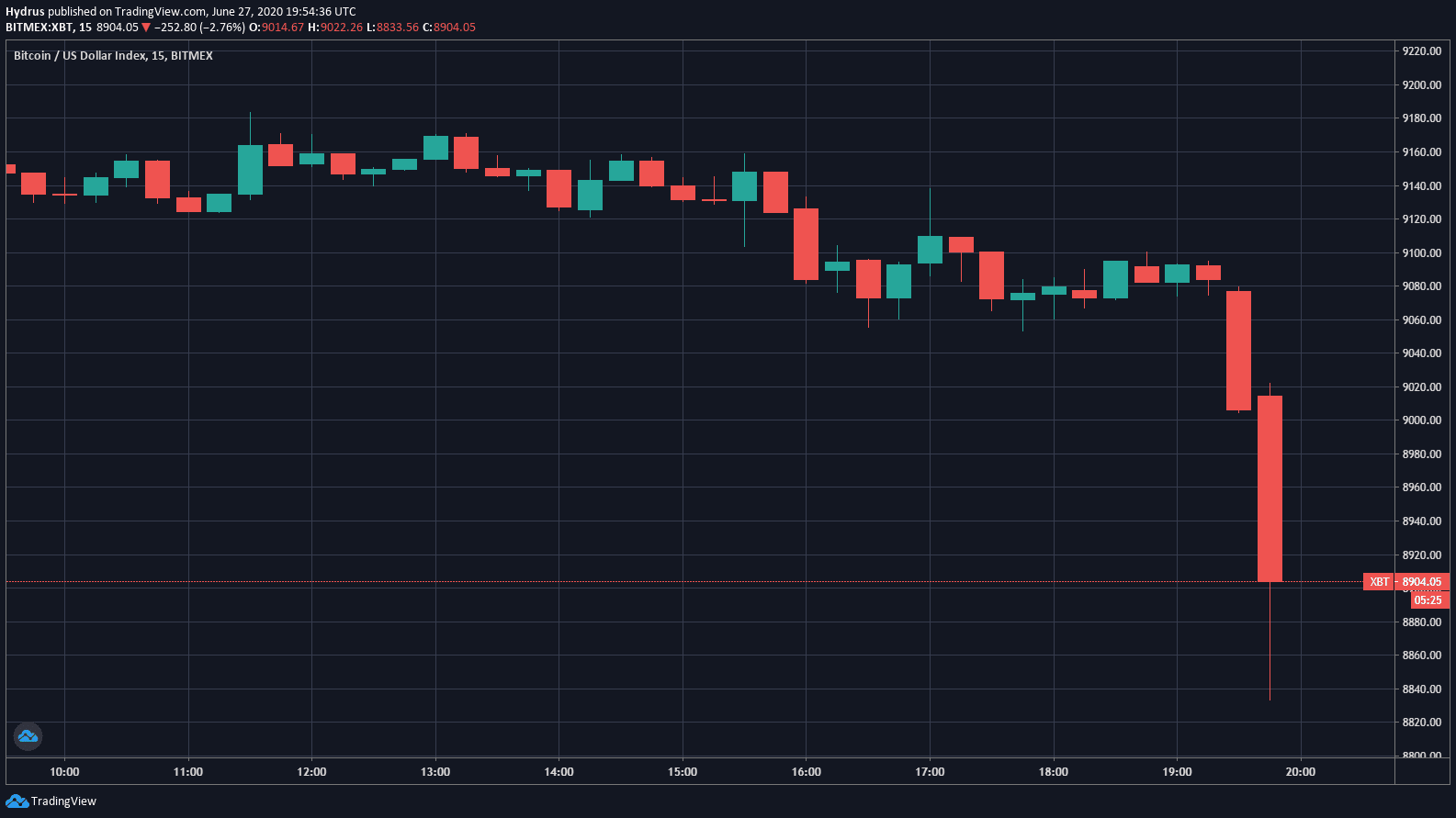 This move caught many traders off guard, according to derivatives data.

Skew.com reported that more than $20 million worth of longs on BitMEX alone were liquidated during this move lower. This adds to the approximately $50 million in longs liquidated earlier this week as the cryptocurrency slid from ~$9,400 to $9,000. 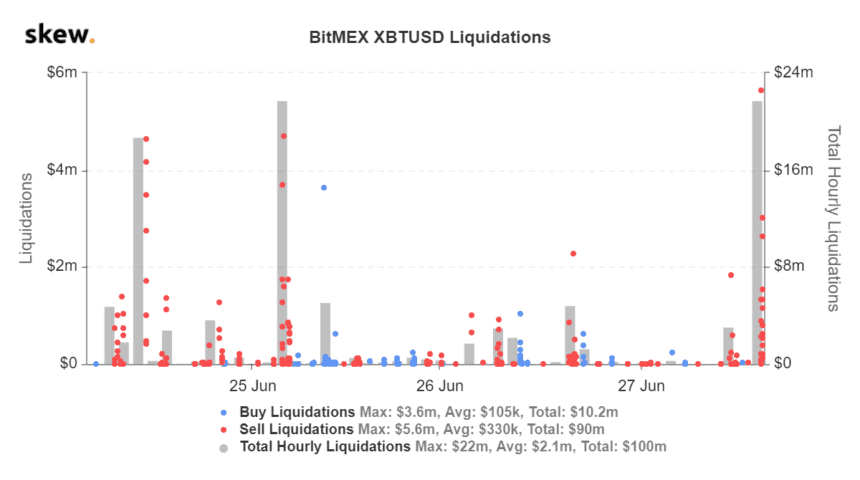 BitMEX’s Ethereum market has also sustained damage. The derivatives tracker has reported liquidations of $1 million worth of ETH contracts.

Considering that these are just two markets of a broader crypto derivatives industry, there were likely dozens of millions more liquidated.

A Bigger Bitcoin Drop Is on Its Way

Analysts say that this weakness could be a precursor to an even greater drop.

Blockroots founder Josh Rager said last week that Bitcoin breaking $9,100 will lead to a move to $8,900 and $8,500. Should Rager’s analysis continue to hold true, a move towards $8,500 will follow in the coming hours and days:

“BTC’s range is clear. Current support that has been holding the past three weeks is the mid-range Break down here and price likely to see $8900 followed by $8500 range bottom,” Rager wrote, referencing the chart seen below.

There are others expecting a further move to the downside.

“A couple more clues developing that lend themselves to HTF distribution. 1. Rising Demand on the verge of failing. 2. Side by side, ascent vs descent with selling the dominant pressure from volume. We break to the downside, I’m not interested in $7ks. Much lower,” the analyst wrote, referencing Bitcoin’s recent weakness.

The bearish analyses shared by

Bitcoin has continued to extend its multi-month bout of sideways trading as it hovers within the lower-$9,000 region.It does appear...

Why Analysts Think Bitcoin Could Rally to $12,000 Despite Latest Selloff

Bitcoin has recovered most of the losses it posted yesterday. After facing some immense turbulence that sent it reeling below...

In May, after building a following of tens of thousands by making millions trading Bitcoin, “Joe007” threw in the towel....

There are many analysts saying that Bitcoin looks like it’s at a medium-term high.As reported by NewsBTC previously, a trader...

Ethereum Smashes Crucial Hurdle And It Could Rally To $250