Cardano (ADA) Bitcoins Rival is Up Almost 50% So Far This Year – Here is Why?

Bitcoin has been flatling since taking a sharp dive late last year but the market for some minor cryptocurrencies, known as altcoins, has risen—with some digital tokens making major strides.

The bitcoin price is down some 80% from its all-time highs set more than a year ago and remains trapped in a long-running bear market, dubbed crypto winter for its debilitating effect on the industry, and leaving investors and traders desperately looking for alternatives.

While some coins have been making well-publicized strides, cardano, currently the tenth largest cryptocurrency by market capitalization with a value of just over $1.5 billion, has been quietly climbing in price.

The Disappointing Fall of Wings DAO

Cardano Foundation Going to be a Powerhouse in 2019” Says Founder on Releasing Cardano 1.4

The bitcoin price has been trading sideways for months after losing ground late last year.

Cardano, which trades its digital token under the name ADA, is up some 22% over the last seven days, breaking into the top 10 biggest cryptocurrencies by market cap. The cardano price is up a little over 30% over the last 30 days and almost 50% so far this year, according to prices from CoinMarketCap, a cryptocurrency price data tracker.

“The great crypto winter seems to be drawing to a close and we’re now seeing things start to thaw out as we enter spring,” said Mati Greenspan, senior market analyst at brokerage eToro.

“During this period, often dubbed altseason, bitcoin is making mild gains as some of the smaller cryptos are seeing massive gains and losses as alternative investors readjust their respective portfolios. Cardano is naturally one of the altcoins that investors are bullish on at the moment.”

Cardano, created in late 2017 amid the global cryptocurrency gold rush, saw its price soar to over $1 per ADA token at the beginning of 2018 before falling sharply back along with the wider crypto market. 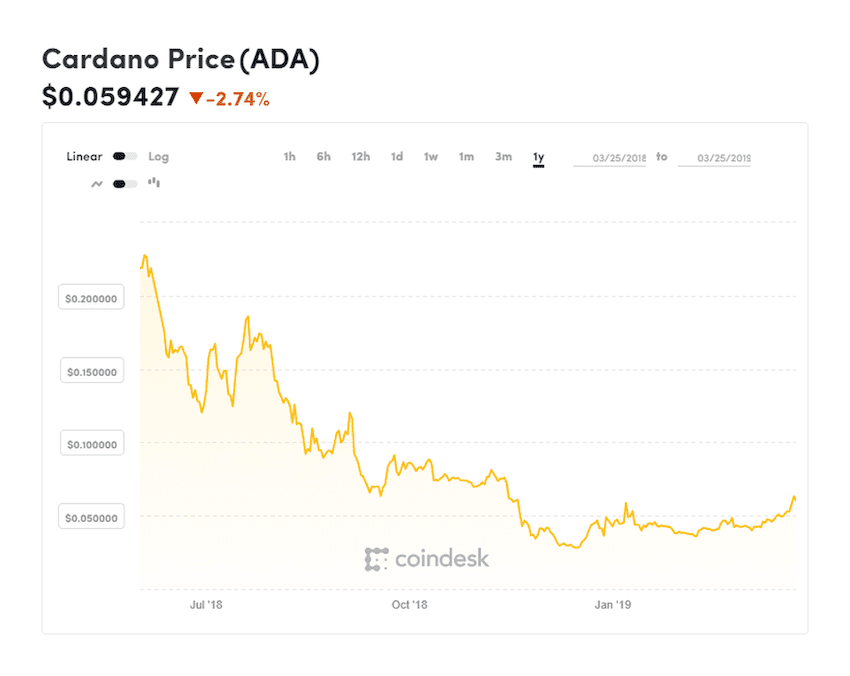 The cardano price is still far from its all-time highs despite the recent rebound.
(Image Source : COINDESK)

Cardano, a non-profit platform with three separate bodies responsible for its maintenance and development, is run by a team of academics and engineers who are trying to find ways to better scale and secure a blockchain network and are working on integrating smart contracts.

Cardano has been pushed on over the last few days by the release of a new network version, seen as an important step towards the highly-anticipated so-called proof-of-stake Shelley upgrade.

The wider cryptocurrency market, including the second largest cryptocurrency by market cap ethereum, has been working on a move to proof-of-stake from proof-of-work, expected to reduce energy use and improve security.

The latest cardano network version means ADA will use a new consensus protocol known as Ouroboros BFT, helping it to fend off potential 51% attacks that can cripple a cryptocurrency. 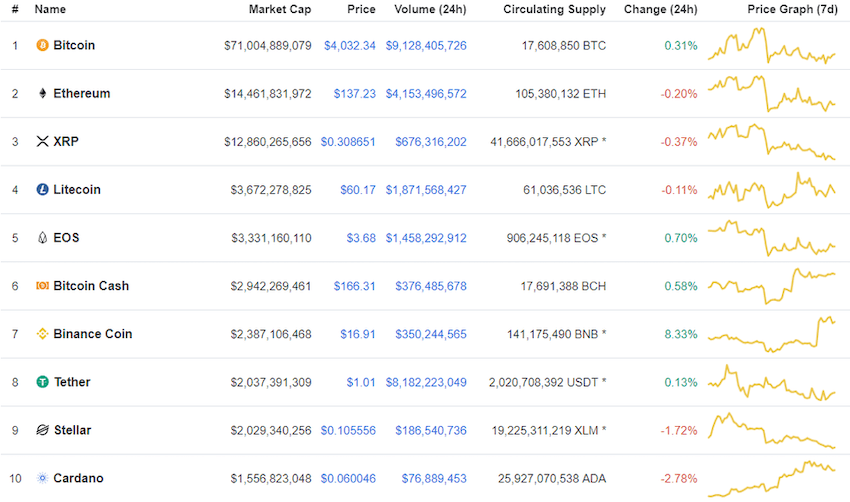 The Disappointing Fall of Wings DAO

Wings made headlines in February when Binance announced that they would be delisting the project. The news came as a...

Cardano Foundation Going to be a Powerhouse in 2019” Says Founder on Releasing Cardano 1.4

While being down 97 percent from its peak, Cardano (ADA) is currently focused on the development phase as its creator...

Can Ripple reach around $10 by end the year? XRP Price Predictions 2018

Ripple price predictions 2018. XRP is one of the largest cryptocurrencies in the market. With such a large market cap, many...

It has been five days since the Bitcoin Cash fork began and crippled the stability of the BCH ecosystem, and...